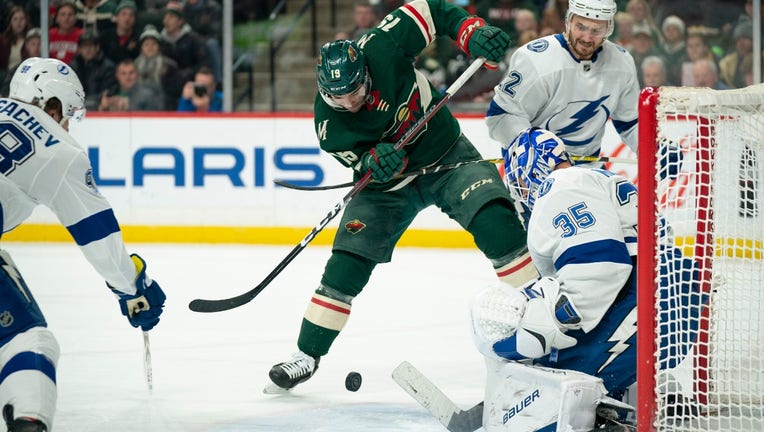 MINNEAPOLIS - When things aren’t working in a franchise, you make changes.

Some are tweaks to a lineup, others are replacing personnel at the very top. The Minnesota Wild replaced Paul Fenton as general manager with Bill Guerin last August after the franchise missed the playoffs for the first time in six years.

The Wild got off to a terrible 1-6 start and finished its first month 4-9. They’ve since recovered, and are 21-20-6 through 47 games, but it might be too late before it’s the second straight season the franchise is not involved in the Western Conference Playoffs. It undoubtedly will lead to more changes, maybe even the head coach.

After beating the Tampa Bay Lightning Thursday night, the Wild have 48 points and are seven points out of the No. 8 spot in the playoffs. If the Wild is going to make a move, the time is now. Thursday’s game marked the first of seven straight at Xcel Energy Center. They won’t hit the road again until Feb. 7 at Dallas.

“I just think it’s important to get back in the hunt here. It doesn’t matter who you play, you’ve got to be successful,” Wild coach Bruce Boudreau said before Thursday’s win. “We’ve got to come out and play our best, have a high energy game in front of our crowd. Next seven games are at home, hopefully you can start with a snowball and build it into a bigger one.”

The Wild is 12-5-4 at home this season. The luxury for them is getting to spend the better part of the next three weeks at home after having 17 road games combined in October and November. They’ll host the Dallas Stars on Saturday as part of Hockey Day Minnesota. They’ll then get a week off for the NHL All-Star break after next Wednesday’s game against the Detroit Red Wings.

“I think these are really, really big games for us. We want to go into the break feeling good about ourselves, in the position we’re in and know that when we get back, it’s a push to the end,” said Wild forward Jason Zucker. “If we’re not playing well before that, it definitely makes it a lot tougher.”

Zucker, who has 24 points in 37 games this season, is still working his way back from suffering a fractured fibula after blocking a shot against the Chicago Blackhawks that forced him to miss about a month.

Center Eric Staal leads the Wild in scoring at 34 points and is second in goals behind Zach Parise with 16. He’s also one of just five players on the roster to have played in every game this season. The others are Ryan Suter, Parise, Jonas Brodin and Matt Dumba.

Staal said it’s important to take care of your home ice. Along with the current seven-game home stand, the Wild start February with seven of their first eight games at Xcel Energy Center. It’s a pivotal stretch when you’re seven points out of the postseason.

“It’s huge. We know where we’re at obviously in the standings and we’ve got opportunities here with some games at home. You’ve got to bank those points, you’ve got to make sure you’re getting the wins. You want to make sure that we’re getting back to the game that we know we can play,” Staal said.

Boudreau is doing plenty to mix things up. He canceled practice earlier this week to give players a mental day off, and switched up lines before the Wild beat the Lightning Thursday night.

Anything for a spark, and for two points. With 10 of the next 11 games at Xcel Energy Center, it’s a crucial time for the Wild, and maybe Boudreau’s future in Minnesota.