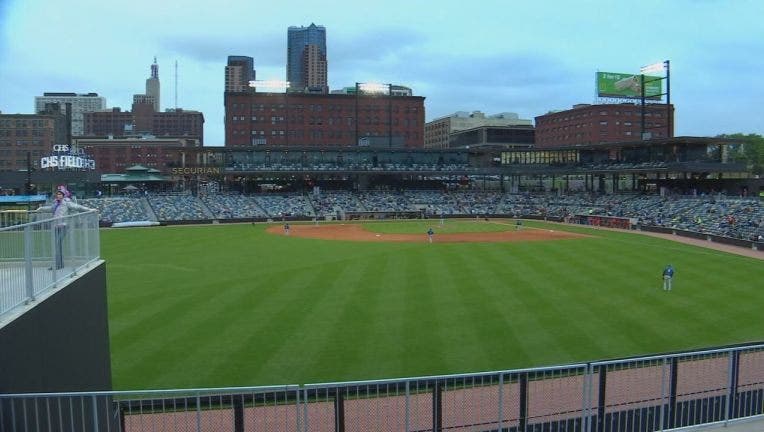 The Saints are leaving independent baseball after several years in both the American Association and the Northern League. The Twins had been partners with the Rochester Red Wings in New York for 18 years, but now have a new neighbor in St. Paul.

The Twins on Wednesday officially extended affiliate invitations to four minor league teams: The Saints, Wichita Wind Surge, Cedar Rapids Kernels and Fort Myers Mighty Mussels. The Saints confirmed Wednesday they had accepted the Twins’ invitation. Each club will receive a license from Major League Baseball to officially join the Twins as an affiliate.

"When the opportunity presented itself to combine two iconic brands, two great organizations in the same market, it was something that we absolutely could not say no to," Saints Chairman Marv Goldklang said.

The Saints will have to pay a fee to become the Twins' Class AAA affiliate. Goldklang confirmed that Wednesday, but said it's not the $20 million that's been reported.

It's great news for the Twins, the Saints and baseball fans. It's a chance for the Twins to have their Class AAA team across the Mississippi River, with their two facilites just 10.6 miles apart. If the Twins want to call up a Class AAA player to fill a lineup need on a given night, it's a short ride across the river to Target Field instead of a 6 a.m. flight from New York.

"We are uniquely positioned now as a Major League franchise to have our two highest levels of play within just a few short miles of each other. We view that as a competitive advantage," Twins President of Baseball Operations Derek Falvey said.

As the Twins Triple-A affiliate, the Saints will play a longer season than they did as an Independent Club with games beginning in April and extending until September.

The Saints assured fans that although the Twins will be in charge of players and staff, the game experience at CHS Field will not change with the new partnership. St. Peter said if anything, the Twins may bring some fan experience initiatves from the Saints to Target Field.

"At the end of the day, the Saints will continue to be the Saints. The Twins admire and respect the Saints’ operations and the way they approach the game day experience at CHS Field. The last thing the Minnesota Twins want to do is change that," St. Peter said.

"Who we are is affordable. Who we are is fun and that’s going to stay the same," Executive Vice President and General Manager Derek Sharrer said.

The Saints' 2021 schedule and information on tickets will be released in the coming days and weeks, the team said. Wednesday was about celebrating two teams coming together to generate more excitement for baseball in the Twin Cities.

"I want to thank the fans of Minnesota. I think without them on both sides of the river and constantly crossing back and forth, neither one of us in the end have the product that we do. Our fans will love this change, will embrace this change," Saints' President and Co-Owner Mike Veeck said.