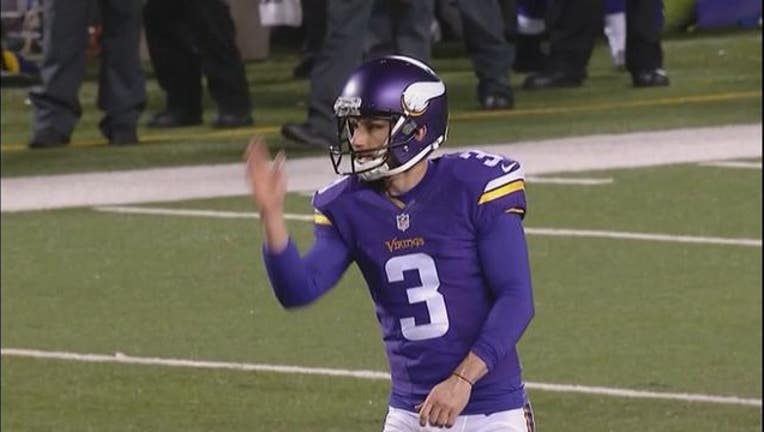 Hauschka has the third-best field goal percentage in NFL history (87.2 percent) and has 4 straight seasons with at least 29 field goals made.

The Vikings cut Walsh on Nov. 15 after he missed his fourth extra point attempt of the season in the Vikings’ 26-20 loss at Washington. Kai Forbath was signed as Walsh's replacement with the Vikings.

Hauschka has the third-best field goal percentage in NFL history (87.2 percent) and has 4 straight seasons with at least 29 field goals made.

Sports therapist Hans Skulstad told Fox 9 when a professional athlete’s performance gets off track, the feeling side of their brain takes over and their body responds emotionally to past mistakes instead of the task at hand.

Walsh's 27-yard field goal attempt in the 2015 playoffs sailed wide left with 22 seconds remaining, sending the Seattle Seahawks to the NFC Championship game with a 10-9 win. Walsh shouldered the blame for the loss, but was showered with notes of consolation and encouragement from former Vikings players and elementary school students.