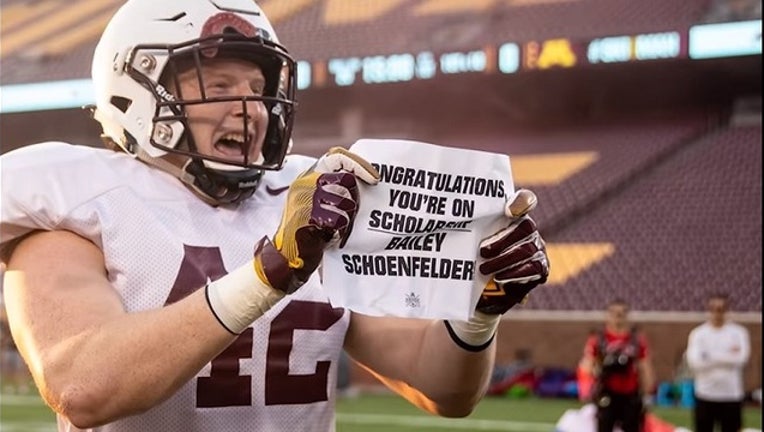 The scholarship surprise started with a team meeting visit from Gleeson.

“Navy SEALs are known to be the most elite and feared special operations fighting force in the entire world,” Gleeson told the Gophers players. “Who wants to do that?”

One hand shot up. Bailey Schoenfelder.

Phase 2 was at practice at TCF Bank Stadium. The Patriot Parachute Team dropped onto the field and hand-delivered an envelope to Coach Fleck who read the name of Schoenfelder’s roommate, redshirt sophomore tight end Ko Kieft.

“He’s done everything you could to get in the Navy, the Army, the Marines. And there’s nobody more willing, and that I would (rather) have fighting for our country, than this guy,” Fleck told the team. “He’s our SEAL, he’s our Army Ranger, he’s our Green Beret, he’s our Delta Force. Nobody deserves it more holistically.”