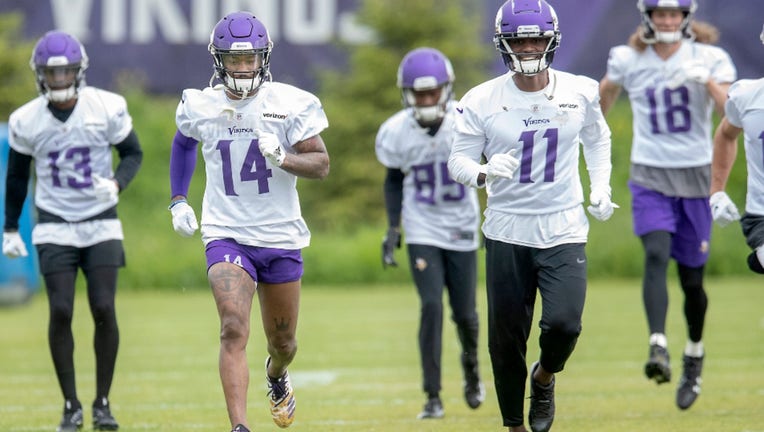 MINNEAPOLIS - The Minnesota Vikings are bringing back a familiar face to their wide receiver corps with Chad Beebe out due to ankle injury suffered Sunday against the Oakland Raiders.

According to an ESPN report, the Vikings are signing Laquon Treadwell, their 2016 first-round pick. Treadwell didn’t make it past the Vikings cut to the 53-man roster, and despite workouts with several teams after, didn’t sign onto another roster.

Treadwell spent three seasons with the Vikings and made 56 catches for 517 yards and one touchdown over 40 games, including 15 starts. With Beebe out, the Vikings were down to Adam Thielen, Stefon Diggs and Olabisi Johnson as the healthy receivers on the roster.

The Vikings utilized their tight ends and running back Dalvin Cook in the passing game in Sunday’s 34-14 win over the Raiders with depth thin at receiver. Irv Smith Jr. had three catches for 60 yards and had another long gain negated by a penalty, Cook had four catches for 33 yards and Kyle Rudolph had one catch for 11 yards.

The Vikings travel to face the Chicago Bears on Sunday.