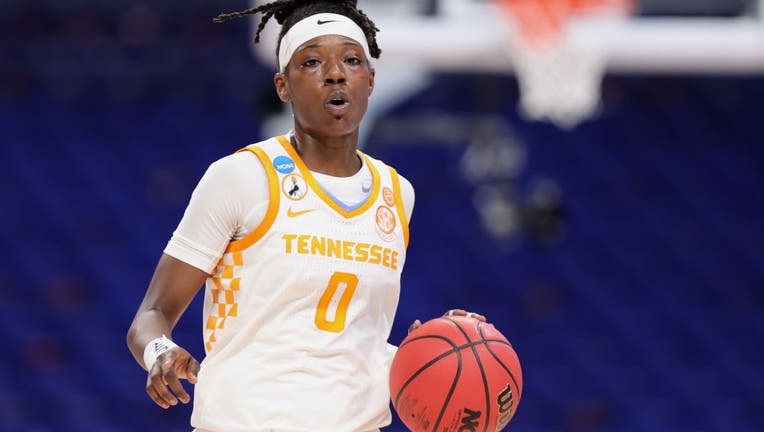 SAN ANTONIO, TEXAS - MARCH 23: Rennia Davis #0 of the Tennessee Lady Vols controls the ball during the second half against the Michigan Wolverines in the second round game of the 2021 NCAA Women's Basketball Tournament at the Alamodome on March 23, 2 ((Photo by Carmen Mandato/Getty Images) / Getty Images)

MINNEAPOLIS (FOX 9) - Rennia Davis is the newest member of the Minnesota Lynx.

She finished her collegiate career as one of four players to rank top ten for the Volunteers in career points, points per game, rebounds and rebounds per game.

Davis is the fourth Lynx player drafted from Tennessee.