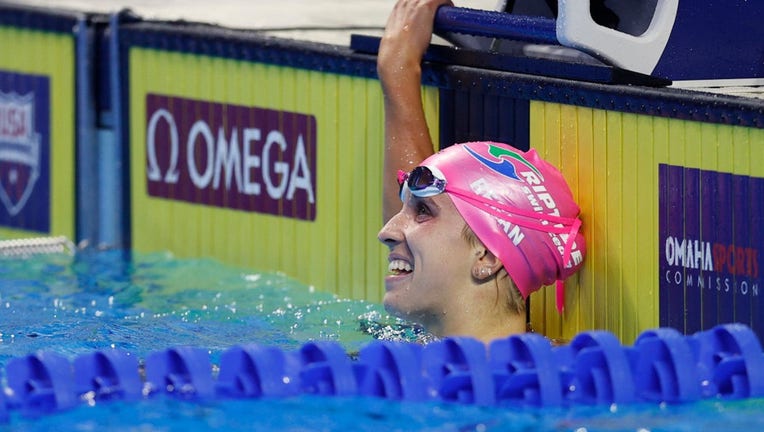 Regan Smith of Lakeville won the 100m backstroke finals in the Olympic Trials Tuesday night with time of 58.35 seconds.

At the end of the race, the 19-year-old appeared to become emotional as she soaked in her first-place finish in the trials.

"[During the last 25 meters of the race] it started to hurt really bad," Smith said in a post-race interview. "I could see girls on both sides of me and I just knew I had to get my hand on that wall as fast as I could. I'm just so happy. That was a lot."

Smith previously held the world record in the event when she finished it in 57.57 seconds in 2019. However, that record was broken earlier this week by Australian swimmer Kaylee McKeown at 57.45 seconds.