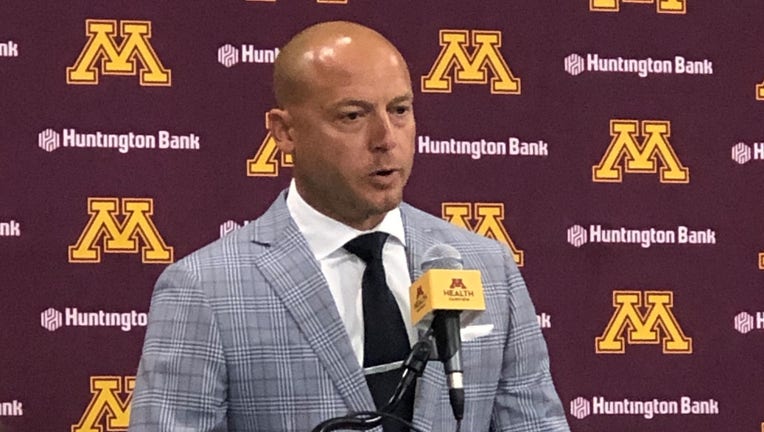 PJ Fleck and the Gophers have gotten 5 verbal commitments after the team hosted nearly 30 recruits for their annual "Summer Splash" event.

MINNEAPOLIS - PJ Fleck is the ultimate recruiter, and there was no bigger time for that to come to the forefront than at last weekend’s Summer Splash.

Fleck and the University of Minnesota football team hosted nearly 30 recruits for official visits over the weekend. They spent time on campus, got a tour of Target Field and spent time at Fleck’s Lake Minnetonka home, out on the water in his boat.

Some recruits ready to make their college decision made their commitments on the spot, while a few others have done so in the days that followed. On Monday, Karter Menz and Kerry Brown gave their pledges to Fleck and the Gophers. Menz is a defensive end and the top prospect in North Dakota. Brown is a safety out of Florida and chose Minnesota among offers from 19 Division I schools.

The Gophers currently have 14 players committed from the 2023 class. It’s currently No. 4 in the Big Ten, and No. 12 nationally. Those will change as other Big Ten teams and programs around the nation add recruits.

There’s one very big fish that Fleck still wants to add to the 2023 class, and he might have to wait until the end of July to get there. The top recruit in Minnesota, Cooper’s Jaxon Howard, took his official visit with the Gophers during Summer Splash. He spent a lot of time with tight end Brevyn Spann-Ford, as well as the entire coaching staff.

Howard has offers from all over the country, and recently narrowed his list to a final four of Minnesota, Michigan, LSU and Miami. He will take an official visit to Michigan next weekend, followed by visits to the Tigers and Hurricanes before making a decision. He’s expected to play defensive line in college. He did not give Fleck and the Gophers a commitment before the weekend was over, and wasn't expected to.

Fleck has had a lot of recruiting wins in five seasons with the Gophers. Howard would be among his biggest.

The Gophers enter the 2022 season after going 9-4 last year, finishing with wins over Wisconsin to end the regular season and West Virginia in the Guaranteed Rate Bowl.