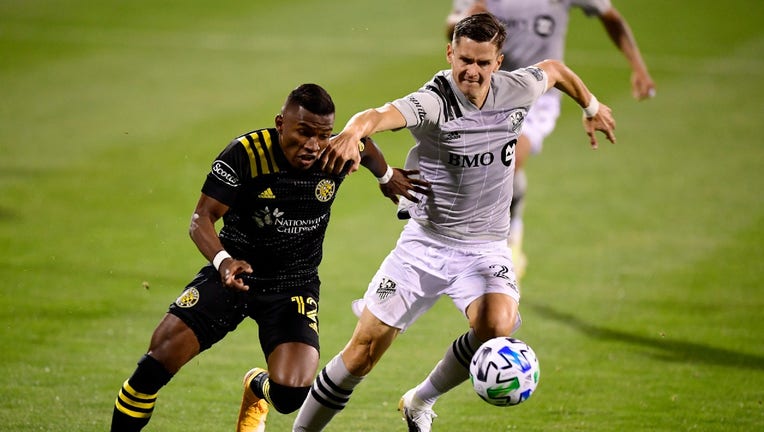 Luis Diaz #12 of Columbus Crew and Jukka Raitala #22 of Montreal Impact compete for the ball during their game at MAPFRE Stadium on October 07, 2020 in Columbus, Ohio. ((Photo by Emilee Chinn/Getty Images))

MINNEAPOLIS - Minnesota United on Thursday announced a trade that it hopes will bolster its defensive depth for the future.

The Loons acquired defender Jukka Raitala from CF Montreal in exchange for the rights to 2020 Major League Soccer SuperDraft pick Andrew Booth. Raitala has played the last three MLS seasons with the Montreal Impact, and has appeared in 69 games. He also played in 20 games with Columbus Crew in 2017, including two playoff games.

"Jukka is someone who understands our league and has some impressive national team experience with Finland – where he is of course teammates at the national level with Robin Lod. So we know what to expect from him from day one here in Minnesota. He’s an experienced defender who will continue to uplift our roster and provide competition at our fullback spot. I’ve always said the best thing for players is competition and we have no doubt he will come here expecting to play and elevate our club and community," Heath said.

Minnesota United is scheduled to begin training camp in late February, with the regular season slated to begin in early April due to the COVID-19 pandemic.