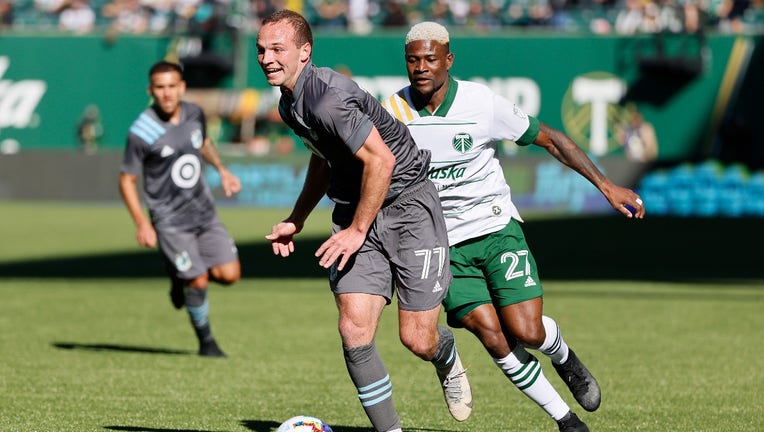 MINNEAPOLIS - Chase Gasper had just signed a four-year contract with Minnesota United back in September, but his time with the Loons came to an end Wednesday night.

Gasper learned he was traded to L.A. Galaxy after Minnesota United drafted him more than three years ago. In exchange, the Loons will get up to $750,000. Gasper gets a fresh start in California, near where he played collegiate soccer at UCLA, after a rocky last few months.

Minnesota United coach Adrian Heath said from training at National Sports Center in Blaine on Thursday, the move was a mutual decision between him and the team.

"We put it to Chase, and Chase thought fresh start for him, different environment would be good for him in this moment. It was his decision, we signed him on a four-year deal three months ago, so our intentions were very clear," Heath said. "In light of what’s gone on recently, we felt it was the right thing to do because he wanted to have a brand new start. He goes with our blessing. This was right for Chase at this moment in time."

Gasper missed the start of the season after suffering a concussion, then stepped away from the team in March and entered Major League Soccer’s substance abuse and behavioral health program. He had recently returned to the team. Gasper spoke to reporters back in mid-April, breaking his silence over issues with anxiety, depression and addiction. He said he had been suffering for several years, but had full support from the Loons.

"I’m so grateful for the three and a half years I’ve spent here," Gasper said in a statement. "To all of my teammates, coaches, staff, everyone involved in the club and especially the fans: from the bottom of my heart, I can’t thank you enough for an incredible time in Minnesota and all the love and support you’ve given me. While this club, it’s fans and this city will hold a special place in my heart, I am really looking forward to a new beginning and grateful for the club’s support in that."

Gasper made 60 starts over three seasons with Minnesota United, including 30 in 2021. He has two career goals. He did not appear in a game for the Loons this season.

Minnesota United has 14 points with a 4-3-2 record through nine matches, and now has four matches over the next 13 days, including a U.S. Open Cup match against Colorado on May 11 at Allianz Field.