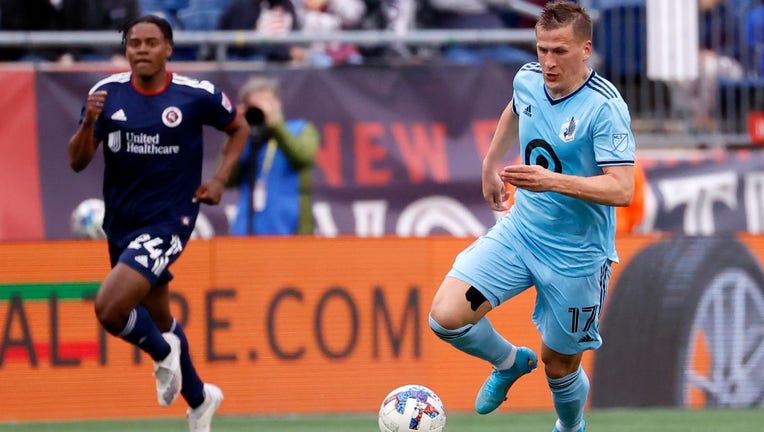 Minnesota United FC left midfielder Robin Lod (17) picks up the ball during a match between the New England Revolution and Minnesota United FC on June 19, 2022, at Gillette Stadium in Foxborough, Massachusetts.  ((Photo by Fred Kfoury III/Icon Sportswire via Getty Images))

Lod came to the Loons in July of 2019 and made his first Major League Soccer appearance against the Portland Timbers on Aug. 4. The Finland native has made 68 regular season appearances, with 60 starts, and has 22 goals and 11 assists over that time. He set a single-season high with nine goals in 2021.

He’s become one of Minnesota’s top offensive weapons over the past three seasons.

"There’s not much I can add to what I’ve said in the past, he’s a consummate professional, an incredibly intelligent footballer," Loons coach Adrian Heath said in a statement. "Wherever we play him on the field, he contributes in a positive way. Pound for pound, he might be one of the best signings we’ve made since we’ve been at Minnesota. He’s been instrumental in everything that we’ve done to try to improve and get better and the fact that he has the versatility that he does to play the way he does in numerous positions, is an unbelievable positive for everybody. We look forward to working with him for the next few years."

Lod has also started every MLS Playoff match for Minnesota United since 2019, scoring one goal and adding one assist. Lod has six goals with the Loons this season, and is two away from being the all-time franchise leader in goals since Minnesota United joined MLS in 2017.

Minnesota United is unbeaten in six straight matches and has won five of its last six in MLS play to put itself up to the No. 3 spot in the Western Conference. The Loons host the Portland Timbers at 2 p.m. Saturday at Allianz Field in a game that's on national TV.