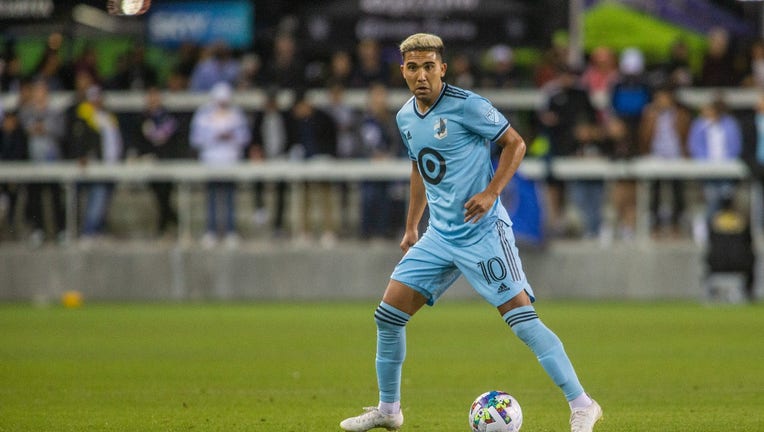 Minnesota United FC midfielder Emanuel Reynoso (10) dribbles the ball during the first half of a MLS regular season game between Minnesota United and the San Jose Earthquakes on October 1, 2022, at PayPal Park in San Jose, CA.  ((Photo by Tony Ding/Icon Sportswire via Getty Images))

MINNEAPOLIS - It was "Decision Day" on Sunday at Allianz Field, and Minnesota United knew it had to have a win if it wanted to be involved in the postseason.

In front of a capacity crowd, the Loons delivered with a 2-0 win over Vancouver Whitecaps FC to clinch a spot in the MLS Cup Playoffs. Minnesota United finished the regular season 14-14-6, and in the No. 6 spot in the Western Conference with 48 points. The Loons are the only team in the West to make the playoffs four straight seasons.

"Obviously relieved. We put ourselves in a corner where I couldn't have faulted the players today for their energy, their effort, their determination to get us a win. It’s really pleasing because, as I said, the six games prior to today don’t define the season. The reason why we won today is what's been going on since February and as much as anyone gets doom and gloom, I can’t let that affect the way I try and do my job and that we’ve tried to accentuate the positives of what the group has done this year," Minnesota United coach Adrian Heath said after the win. "I’m just so pleased for the players because I think at times people think players don’t care. They do and I thought they showed that today. And you know our support today was unbelievable and it was, and I knew they’d turn up, I just wanted to make sure we did, and I thought that we did."

The Loons had put themselves in a tough spot heading into the regular season finale, on a six-match winless streak. But Franco Fragapane scored in the 17th minute to give Minnesota United a 1-0 lead at the half.

Jonathan Gonzalez scored in the 77th minute to give the Loons a 2-0 lead, and Dayne St. Clair put up the Loons’ first clean sheet since July 16 to put Minnesota United in the playoffs for the fourth straight year.

Minnesota United will open the MLS Cup Playoffs at FC Dallas next weekend. The two teams met twice this season, with each team getting a victory. The Loons beat Dallas 2-1 on May 22 at Toyota Stadium, then suffered a 3-0 loss last month.