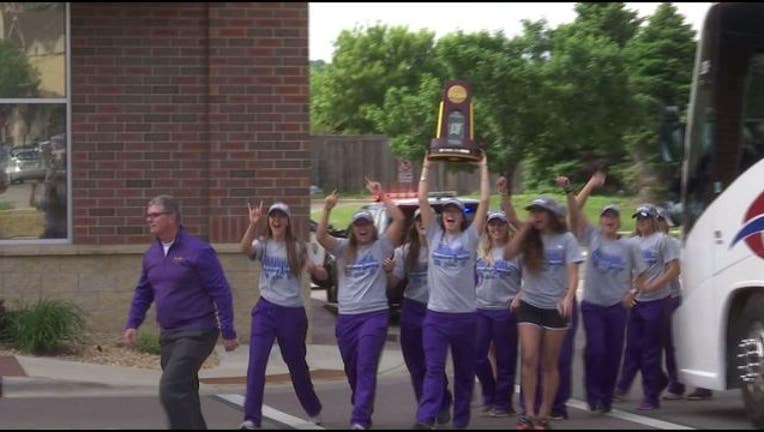 Minnesota State University - Mankato celebrated the team's historic win in downtown Mankato on the Grand Lawn in front of the Intergovernmental Center.

The team received a warm welcome as they carried in the trophy.

On Monday, the Mavericks sealed a 5-1 victory over Angelo State. They finished the year 64 - 7.