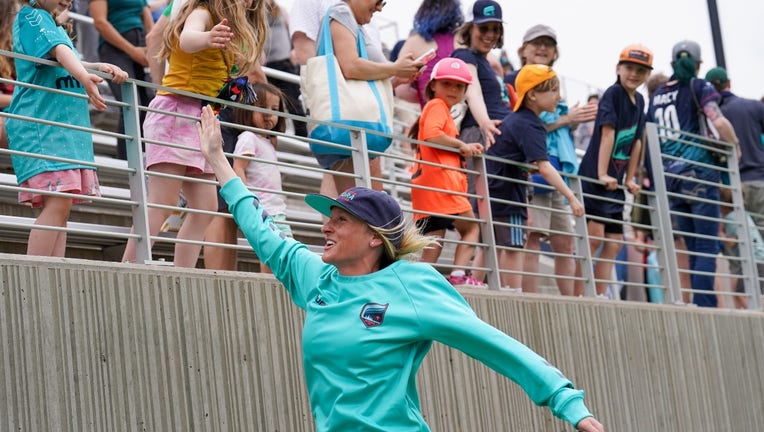 MINNEAPOLIS - It’s already been a historic season for Minnesota Aurora FC, and as they get ready to play for a championship on Saturday, their coach received the league’s highest honor on Tuesday.

Head coach Nicole Lukic, in her first season with the franchise, was named the USL W Coach of the Year. Lukic helped lead Minnesota Aurora FC to an 11-0-1 record in its inaugural regular season, and their 34 points won the Heartland Division running away with 34 points.

Minnesota Aurora’s lone non-win came in its first game in franchise history. They played Green Bay Glory to a 1-1 draw, with Green Bay getting the game-tying goal late in regulation. The Aurora scored 35 regular season goals, from 13 different players, and allowed just eight. Minnesota Aurora recorded five shutouts in the regular season, and has three goals in two playoff games. An opponent scored more than once in just one game this season.

Minnesota Aurora FC sold out all 6,200 tickets for Saturday’s USL W title match in less than an hour.