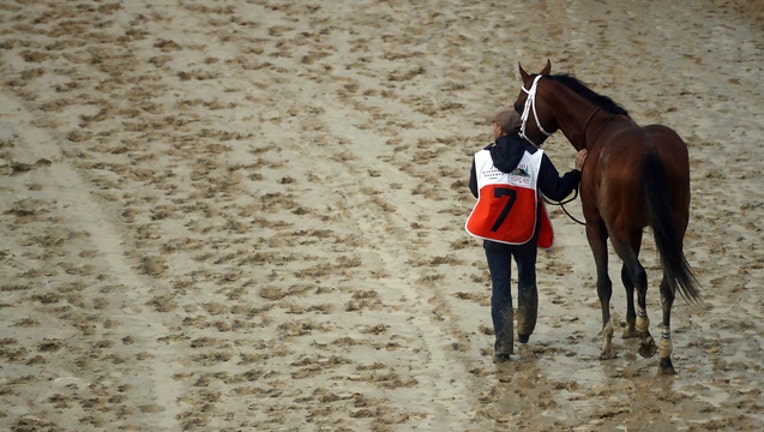 Maximum Security #7 is lead away after the 145th running of the Kentucky Derby at Churchill Downs on May 04, 2019 in Louisville, Kentucky. (Photo by Jamie Squire/Getty Images)

LOUISVILLE, Ky. (AP) — - The next stop in the chase for the Triple Crown is the Preakness, though both Maximum Security and Country House remain noncommittal for the May 18 race following Maximum Security's disqualification from the Kentucky Derby.

Owner Gary West says he is unsure whether to enter Maximum Security in the Preakness as he ponders appealing the historic decision.

West realizes the appeals process could extend well beyond the race at Pimlico in Baltimore. And with Kentucky racing stewards' ruling that Maximum Security interfered with other horses that led to his disqualification, there might not be a point to racing the colt in the Triple Crown series' middle jewel.

Country House trainer Bill Mott said the colt was in good shape after the Derby but remained noncommittal about the 1 1/8-mile Preakness. It would mark Country House's fourth race in eight weeks.