The university said he died after a short, unspecified illness. He celebrated his birthday last week. Chaney spent 24 years leading the Owls from 1982 until he retired in March 2006.

In his time at Temple, Chaney helped build the program into one of the most successful programs in the nation, earning more than 700 wins in more than 1,000 games.

He was twice named the national Division 1 coach of the year and his team finished the 1987-1988 season with the Owls ranked as the number one team in the country. 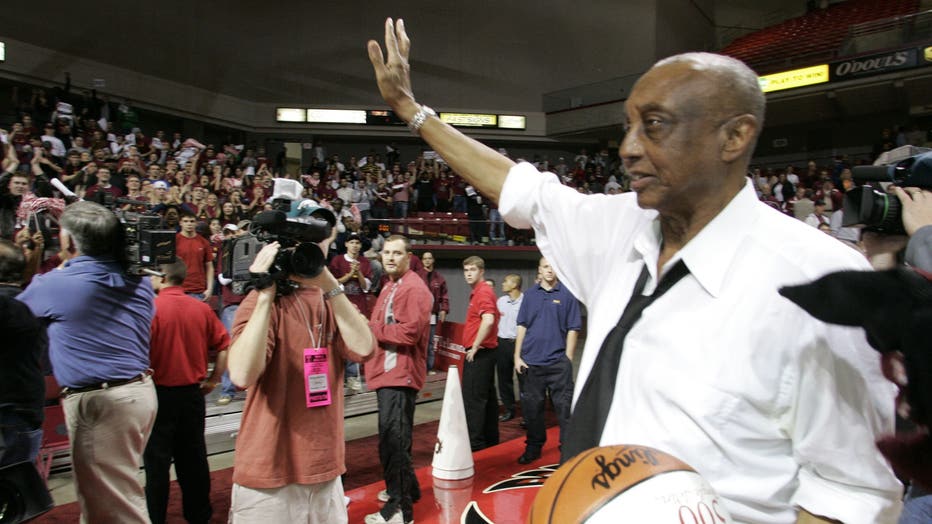 Temple University head coach John Chaney waves to the crowd after the NIT Season Tip-off game against Army at the Liacouras Center in Philadelphia, Pennsylvania, on Tuesday, November 15, 2005. Chaney celebrated his 500th victory with a 69-37 win over

Under Chaney’s leadership, the Owls earned five consecutive NCAA tournament appearances between 1984 and 1988 and 12 straight appearances from 1990 to 2001.

After Chaney retired he remained a supporter of the program, as well as a friend and advisor to interim athletic director and former men’s basketball coach Fran Dunphy.

"John Chaney was more than just a Hall of Fame Basketball coach.  He was a Hall of Fame In life," said Dunphy. "He touched countless lives, including my own.  I will miss him dearly and my thoughts and prayers go out to his family during this difficult time."

When he announced his retirement, Chaney said, "It has never been a job for me, but a passion. "When I look back, it will not be the wins and losses — but the people who influenced me and touched me greatly, and especially the men’s and women’s coaches and players who have made this university and my time here so special."

He was inducted into the Temple University Hall of Fame in 2009.

"John Chaney was a great coach, but he was so much more. For generations of Temple University students, he was a wise counselor, a dedicated teacher,  an icon of success, and a passionate leader who always led by example and with conviction," said Temple President RichardM. Englert, who has known Chaney since he came to Temple in 1982. "I am also honored to say he was a dear friend."

A  public and private viewing were held at The Liacouras Center on Monday followed by a Celebration of Life service.