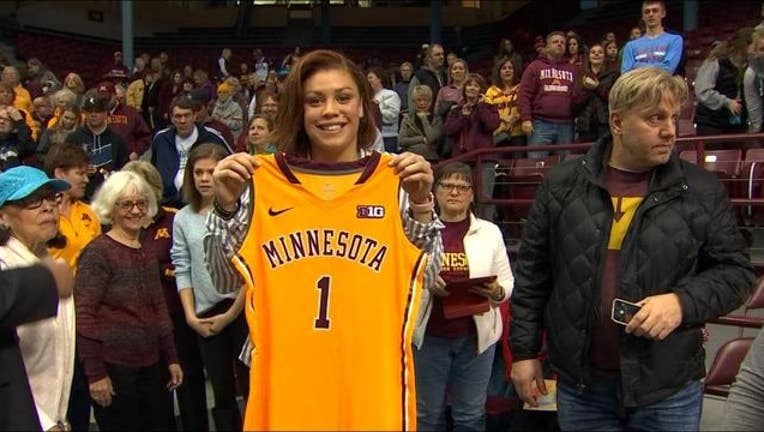 MINNEAPOLIS - The Gophers women’s basketball team retired the jersey of one of their all-time best players, Rachel Banham, at the Maryland game Sunday night.

Banham is one of the best players to come from the Gopher’s women’s basketball program. She broke most of the school’s scoring records during her time as a Gopher, including Lindsay Whalen’s 12-year-old career scoring record.

Banham is also the Big Ten’s all-time leading scorer, ranking sixth in NCAA history with 3,093 points and is the only Big Ten women’s player in the 3,000 point club.

Banham was an All-American, the Big Ten Player of the Year, a Wooden Award top-five finalist and the No. 4 pick in the WNBA Draft. She currently plays in the WNBA for the Connecticut Sun.

She is only the fifth Gophers women's basketball player to have their number retired.