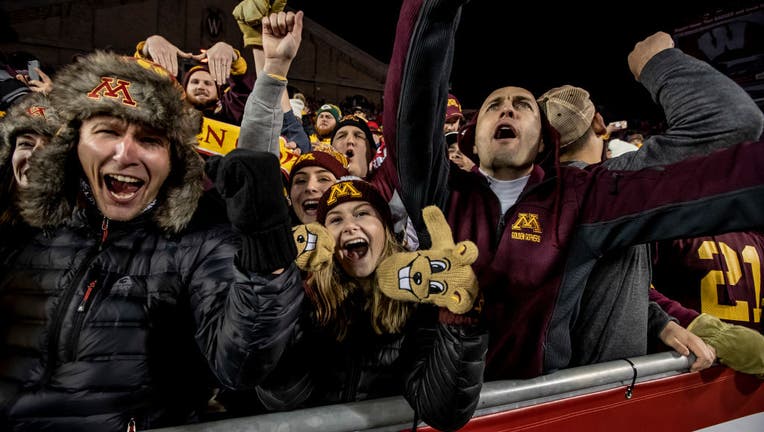 Minnesota Golden Gopher fans celebrate after winning Paul Bunyan Axe for the first time in 14 years during an college football game between the Minnesota Golden Gophers and the Wisconsin Badgers on November 24th, 2018 at the Camp Randall Stadium in M (Dan Sanger/Icon Sportswire via Getty Images)

The Gophers were ranked 8 two weeks ago before they lost to Iowa in Iowa City. After beating Northwestern in Evanston this weekend, the Gophers moved back into the 8th spot.

Wisconsin will travel to Minnesota this weekend to take on the Gophers in a game to determine the Big 10 West Champion. Wisconsin came in at number 12 in this week’s ranking.