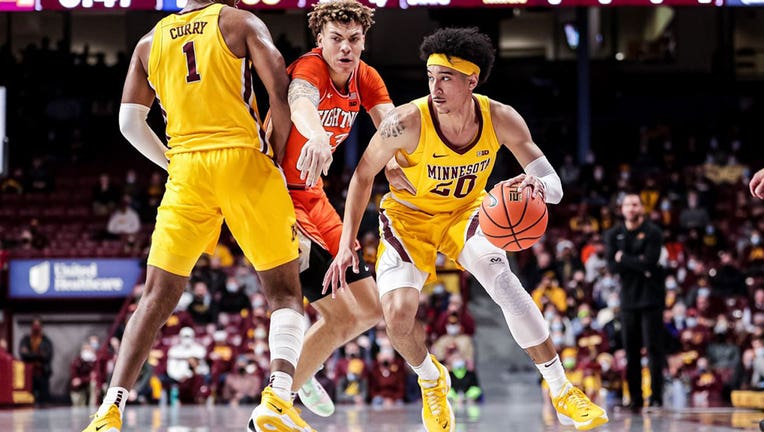 With Jamison Battle, Eric Curry and E.J. Stephens all out, Johnson got a career day from Payton Willis on Saturday against Rutgers. He scored a career-high 32 points and matched a single-game school record with eight 3-pointers. Willis, one of three starters to play all 40 minutes in a 68-65 win, was named the Big Ten Co-Player of the Week on Monday.

The Gophers’ five starters in that win, which snapped a four-game Big Ten losing streak, accounted for all but six minutes in the game. Johnson said on his weekly radio show Tuesday that it was a unique day where multiple players had an "out of body" experience on the way to a key victory. It was led by Willis.

The senior guard shot 11-of-17 from the field, 8-of-13 from the perimeter and added three rebounds, seven assists and one steal.

"I think that kid is ultra-competitive, that’s the only way you can explain what he did last weekend. If you’re not an ultra-competitor, you don’t have that type of game," Johnson said Wednesday.

Johnson and the Gophers hope they’re a little healthier and deeper with No. 16-ranked Ohio State coming to Williams Arena Thursday night. Johnson said Stephens has worked his way back and is expected to play against the Buckeyes Thursday night. Stephens is the Gophers’ No. 3 scorer at 12 points per game, is averaging 3.5 rebounds and plays nearly 34 minutes when available. Stephens had scored in double figures in three straight games and five of the past seven, including a season-high 22 points against Iowa on Jan. 16.

Johnson sounded less optimistic about Curry and Battle. Curry has been out since injuring his left ankle in the final minute of regulation in a 71-69 loss at Michigan State, on a night where he scored a career-high 19 points. Johnson said he remains day-to-day, but isn’t sure if Curry will play against Ohio State.

Curry went from medically retiring last season to being one of the Gophers’ most impactful players this season. He’s averaging 8.7 points and 6.8 rebounds in 14 games this season.

"He’s in a good spot, still not sure if that means he’s ready for tomorrow but it’s definitely headed in the right direction. I think the biggest thing with him is the long term. With his history and how valuable he is, I just want to make sure we’re smart with that," Johnson said.

Battle, Minnesota’s leading scorer at 18 points per game, is still dealing with an illness that’s not COVID-19 related. Johnson said Battle is likely a game-time decision against the Buckeyes.

"He got hit with the bug pretty good, so we’ll see on that," Johnson said.

Ohio State comes to Minneapolis 12-4 on the season, 5-2 in the Big Ten and having not played since beating IUPUI 83-37 on Jan. 18. The Buckeyes had their game last Saturday against Nebraska postponed due to COVID-19 issues with the Cornhuskers.

Thursday night’s game is also the Gophers’ first with a vaccine mandate in place on campus. Fans heading to Williams Arena will need to have proof of a COVID-19 vaccine, or a negative test within 72 hours, to gain entry to the game. There won’t be any on-site COVID-19 testing available.