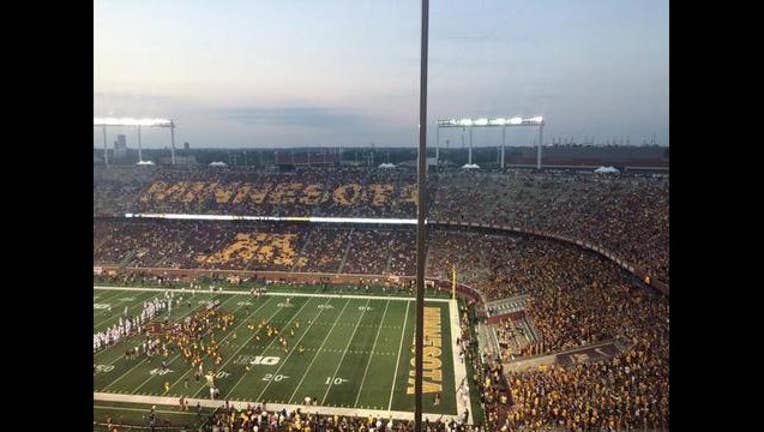 MINNEAPOLIS (KMSP) - They put up quite a fight, but the Gophers came up just short of upsetting No. 2 ranked TCU Thursday night. Turnovers really hurt the Gophers early, with quarterback Mitch Leidner fumbling in the first quarter and running back Rodrick Williams fumbling into the endzone on a would-be touchdown run in the second quarter.

But the Gophers defense was solid, keeping them in the game. Down by 13 points in the fourth quarter, with fans heading for the exits, Leidner found K.J. Maye for a deep touchdown pass, pulling the Gophers within 6.

Minnesota had one final chance to pull off the upset, but time expired and TCU escaped with a 23-17 win. A sold out crowd of more than 54,000 fans packed TCF Bank Stadium for the season opener

The Gophers play again next Saturday, taking on Colorado State in Fort Collins.