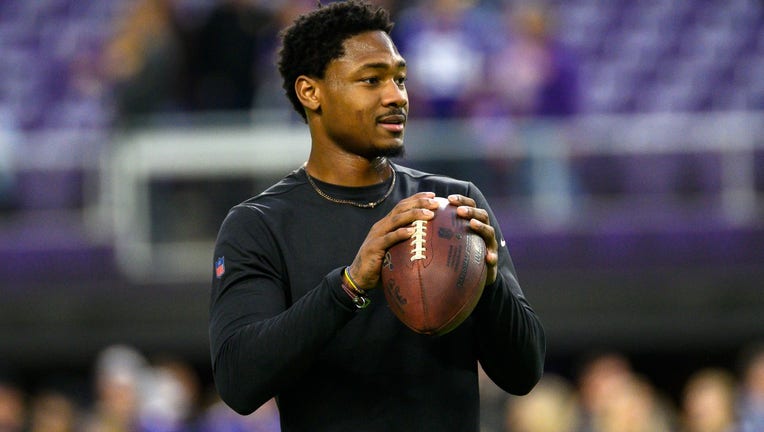 Stefon Diggs #14 of the Minnesota Vikings warms up before the game against the Chicago Bears at U.S. Bank Stadium on December 29, 2019 in Minneapolis, Minnesota.  ((Photo by Stephen Maturen/Getty Images))

MINNEAPOLIS - Stefon Diggs spent his first five seasons with the Minnesota Vikings after being drafted in the fifth round in 2015, and will take the "Minneapolis Miracle" with him the rest of his life.

Diggs is also apparently a big fan of the Minnesota State Fair, which starts in less than two weeks and marks the end of summer.

Minneapple Pie is bringing a new food to the 2022 Minnesota State Fair: Minneblueberry Pie. It's a handmade blueberry pie made with a crisp, flaky crust, filled with blueberries, and served with vanilla ice cream.

"No lie, Minnesota has the best state fair in the world lol no debate," Diggs posted to Twitter on Tuesday.

As you might expect, officials with the Great Minnesota Get-Together agree with the former Vikings’ star.

In five seasons with the Vikings, Diggs had 365 catches for 4,623 yards and 30 touchdowns. He also had arguably the most memorable play in franchise history, a walk-off touchdown against the New Orleans Saints in the 2018 NFC Divisional Playoffs. It sent the Vikings to the NFC title game in Philadelphia, a 38-7 loss.

It was an unfortunate way to end the season, with the Eagles coming to Minneapolis to play the New England Patriots two weeks later in the Super Bowl at U.S. Bank Stadium.

Diggs’ time in Minnesota also came with some drama. He was a no-show for practice during the 2019 season, then claimed he was out sick. The team didn’t list him on the injury report, and he was back at the team facility the following day. He told reporters he had a cold, and when asked if he wanted to be traded, he said, "There’s some truth to all rumors."

He had 63 catches and six touchdowns in 2019, and likely wanted the ball more from Kirk Cousins while playing alongside Adam Thielen.

If Diggs wants to make an appearance at the Minnesota State Fair, it starts Aug. 25 and runs through Labor Day. He's entering his third season with the Buffalo Bills after a trade that allowed the Vikings to draft star Justin Jefferson in 2020.