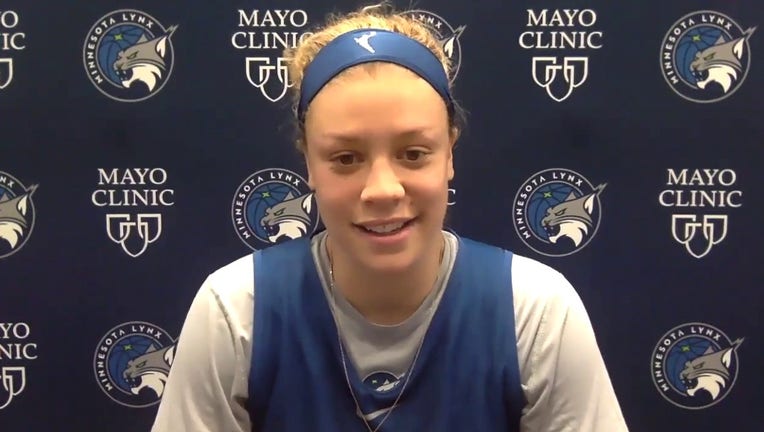 MINNEAPOLIS - Rachel Banham was once a star guard for the University of Minnesota women’s basketball team, and now the Lakeville native is coming back to join Lindsay Whalen’s staff.

Whalen announced Tuesday morning Banham is joining the Gophers as the team’s director of quality control for the 2022-23 season.

"I am happy and excited to join this incredible staff back at my alma mater," Banham said in a team-issued statement. "What Coach Whalen is building at the 'U' is special and I'm excited to continue to grow and cultivate the culture. I look forward to being a part of that in this role."

Banham, in her new role, will provide support to the staff to enhance the quality and efficiency of day-to-day operations, and is responsible for assisting with practice, game preparation, statistical analysis and more.

"As the top scorer in our conference's history and seven years of experience in the WNBA, including three in Minnesota, I can't think of a more perfect match for our staff. Rachel personifies our program standards and I know she is going to be the perfect fit for this role with our team," Whalen said in a statement.

Banham played for the Gophers from 2011-16, and shattered school records in the process. She scored 3,093 points to become the program’s all-time leading scorer, and also left the Gophers as the No. 1 all-time scorer in the Big Ten. She was the 2016 Big Ten Player of the Year, making 354 career 3-pointers. Banham is probably most known for an NCAA record 60-point performance in a win at Northwestern in 2016. She was named a First-Team All-American after that season.

Banham was drafted No. 4 overall in 2016, and like Whalen, came to the Lynx in 2020. She averaged 7.9 points per game last season. Banham plans to continue playing professionally, alongside her role with Whalen and the Gophers.