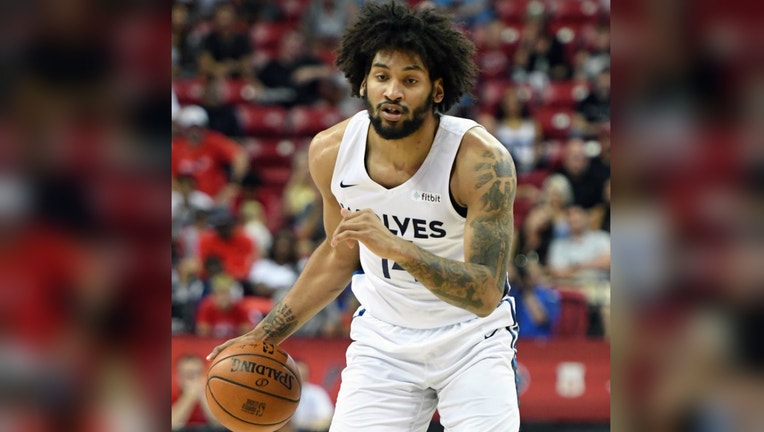 LAS VEGAS, NEVADA - JULY 15: Jordan Murphy #14 the Minnesota Timberwolves brings the ball up the court against the Memphis Grizzlies during the championship game of the 2019 NBA Summer League at the Thomas & Mack Center on July 15, 2019 in Las Ve ((Photo by Ethan Miller/Getty Images))

MINNEAPOLIS (FOX 9) - A former Minnesota Gopher is finding a home with the Minnesota Timberwolves.

The Wolves signed forward Jordan Murphy, according to a press release Monday evening.

The 22-year-old played on the Timberwolves during the NBA Summer League in Las Vegas, during which he averaged 8.9 points and 4.9 rebounds in 14 minutes per game.

Murphy played four seasons with the Gophers, where he averaged 13.5 points and 9.8 rebounds over 133 games. His senior year, he made the All-Big Ten First Team by the media and the Second Team by the coaches. For both his junior and senior seasons, he led the Big Ten in rebounds.