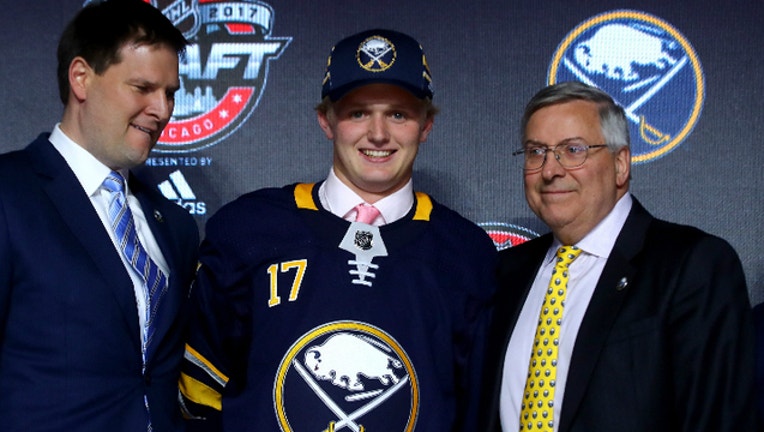 CHICAGO, IL - JUNE 23: Casey Mittelstadt poses for photos after being selected eighth overall by the Buffalo Sabres during the 2017 NHL Draft at the United Center on June 23, 2017 in Chicago, Illinois. (Photo by Bruce Bennett/Getty Images)

The Buffalo Sabres announced on Monday they signed the forward to a three-year entry-level contract. The team drafted Mittelstadt with the eighth overall pick in the 2017 NHL Draft.

In his first season with the Gophers, Mittelstadt earned 30 points in 34 games, recording 11 goals and 19 assists. He was the second-highest scorer on the team and was ninth among rookies in the NCAA. He received Big Ten All-Freshman honors.

As part of the U.S. National Junior Team, he helped win a bronze medal at the 2018 IHF World Junior Championship, where he was named the Most Valuable Player of the Tournament. In seven games, he scored four goals and had seven assists.