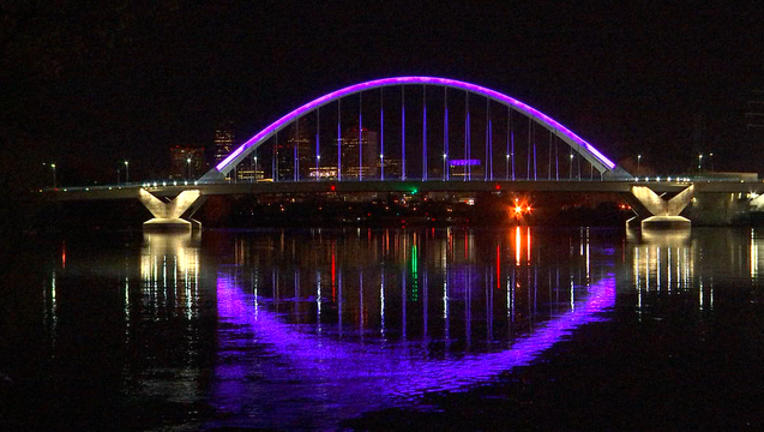 (KMSP) - The Twin Cities metro is turning purple ahead of Sunday’s playoff game between the Minnesota Vikings and the New Orleans Saints.

As part of the “Bring it Home” campaign, the Vikings have partnered with several state and local entities to light local landmarks purple.

Fans can also enter to win two tickets to Sunday’s game by posting their own “Bring it Home” videos to social media using the #BringitHome.