It started as a joke on Twitter, but the St. Paul Saints managed to pull together a victory parade for their fans Monday to celebrate their first championship win in 15 years.

ST. PAUL, Minn. (FOX 9) - It started as a joke on Twitter after winning the American Association Championship Saturday night, but, to the delight of their fans, the St. Paul Saints followed through and held a block-long victory parade outside CHS Field Monday morning.

The Saints tweeted Sunday night they were holding a block-long victory parade from 11:30 a.m. to 11:31 a.m. The team apparently did not actually have any plans in place for a parade, but after the response they got from fans and local media, they decided they had better do something.

The St. Paul Saints held a 1-minute championship parade to much amusement.

“The whole idea began as a tweet, just having some fun,” Saints general manager Derek Sharrer said. “We’re the Saints. We’re not the major league team. We thought we’d just throw something out there that, 'yeah, there’s going to be a one-minute parade Monday morning,' and all of a sudden we started hearing a response from folks saying ‘can’t wait to be there,’ so we thought, 'wow, we better do a parade'.”

The team wrangled a few players who were still in town, a couple pep band members and the Saints mascot, Mudonna. Equipment used for field maintenance carried them down the parade route. 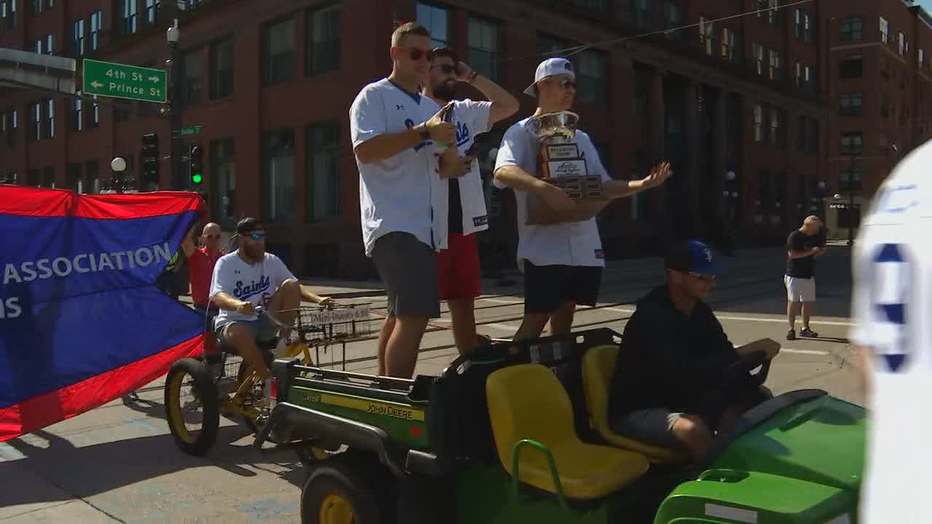 “It was kind of a last minute text this morning and [Sharrer’s] like, ‘Hey, we need you guys to be at the field at 11:15 for a one-minute parade,’ and we’re like, ‘are you serious?’ and he’s like yeah so we’re like ‘alright, we’ll be there’,” Saints outfielder Dan Motl said. “It turned out to be awesome."

Several hundred people lined the parade route, which ran down Broadway Street from 4th Street to 5th Street, ending in front of the CHS Field. In the end, it lasted more than a minute. 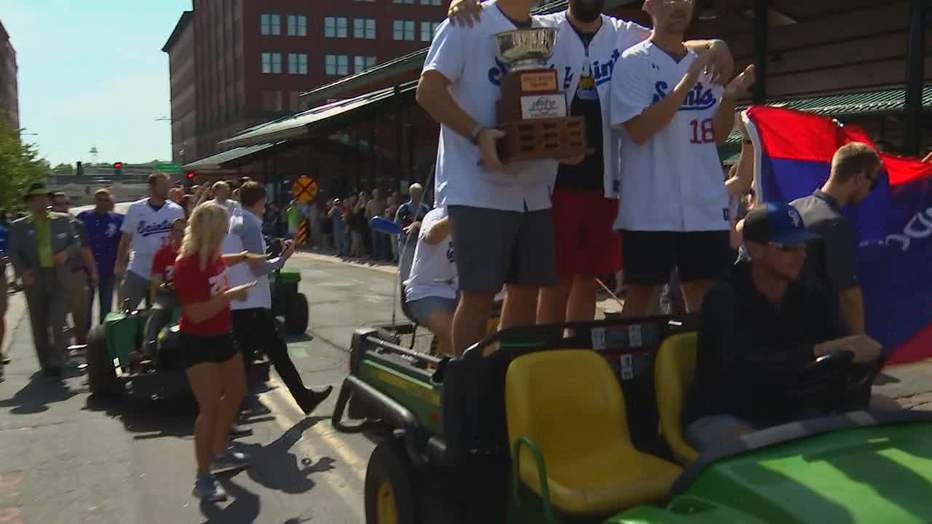 “We thought it was literally just going to be us, as a joke, just riding up the street for a block, but the street was full of people,” Motl said. “It was awesome.” 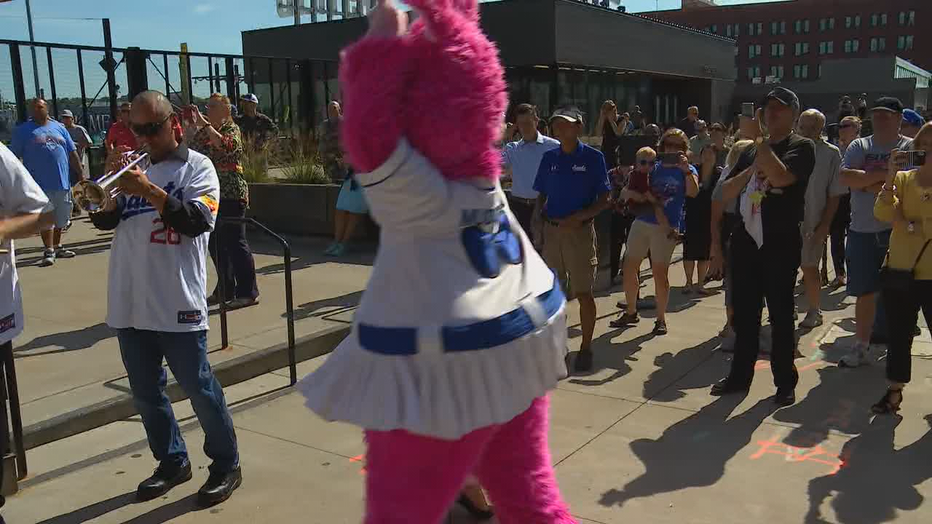