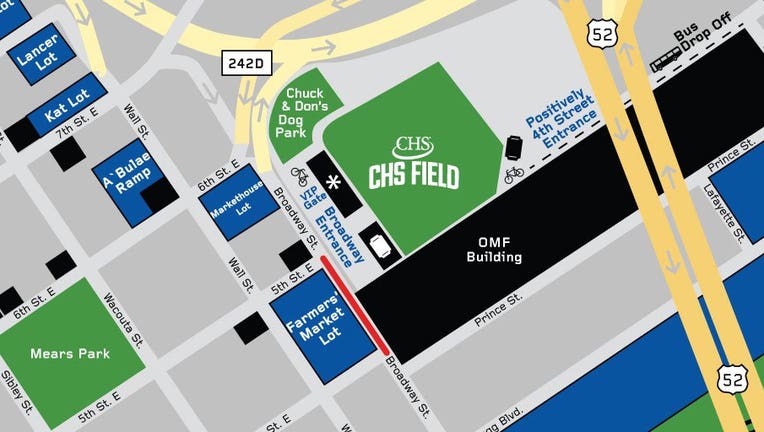 The Saints announced their plan to host a one-block parade outside their stadium Monday from 11:30-11:31 a.m. (@stpaulsaints)

ST. PAUL, Minn. (FOX 9) - Fresh off their first championship in 15 years, the St. Paul Saints will host a one block, one minute-long championship parade outside CHS Field Monday morning.

According to the Saints' Twitter account, the parade will start at 11:30 a.m. Monday on Broadway and 4th Street. It will head down Broadway and promptly end at 5th Street. The route runs the northeast side of the Farmers’ Market Lot.

The parade comes on the heels of the team’s championship victory Saturday night over the Sioux City Explorers. 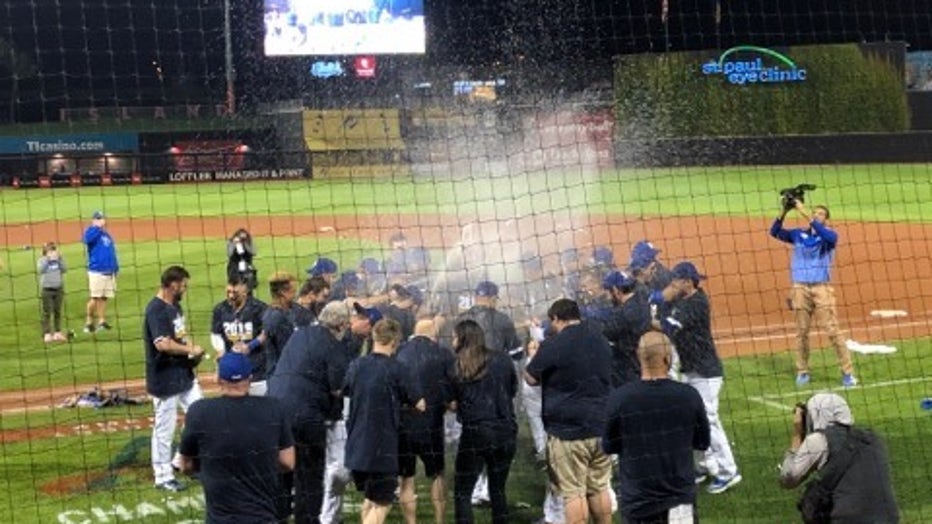