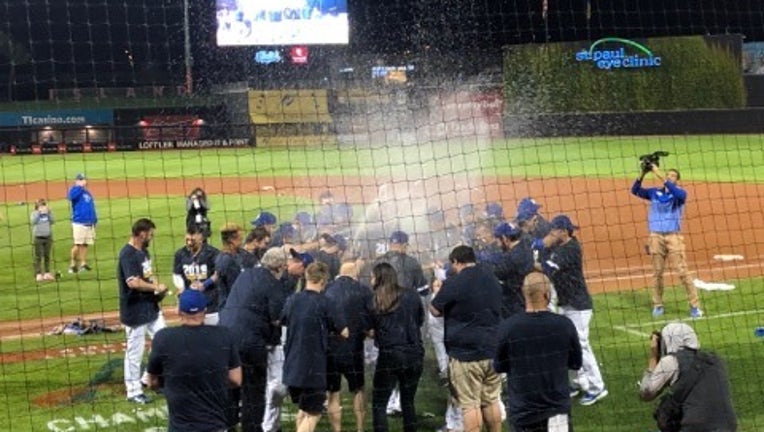 According to the team, the Saints won their last championship in 2004 in the bottom of the ninth inning of Game 5.

Chesny Young, who had just six home runs in 505 games entering this season, hit the most memorable home run of his career.  His grand slam in the sixth inning gave the Saints their first lead of the night as they went on to sweep the Sioux City Explorers in the American Association Finals, with a 6-3 victory.