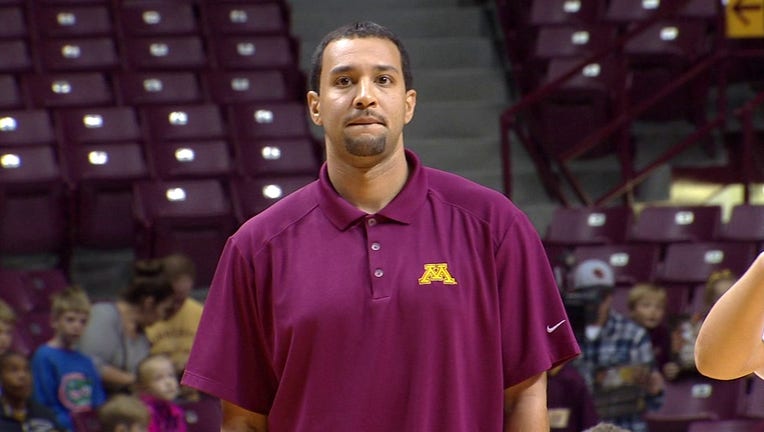 MINNEAPOLIS - The University of Minnesota has found a replacement for Richard Pitino as men’s basketball coach.

Athletic Director Mark Coyle announced Monday he has hired Ben Johnson to take over the program on a five-year contract, pending a background check and approval from the Board of Regents. Johnson was a high school basketball star at DeLaSalle, played for the Gophers for three seasons after starting at Northwestern and graduated from Minnesota in 2005. He was a two-time captain with Minnesota.

The University of Minnesota has found a replacement for Richard Pitino as men’s basketball coach.

Johnson, 39, has been an assistant coach at Nebraska, was an assistant for Pitino and was most recently the lead assistant coach at Xavier, a program that's had top 30 recruiting classes the last two seasons. He was on Pitino's staff for five seasons, including the 2013 run to the NIT title and in their 2017 NCAA Tournament appearance.

He's also been an assistant at Northern Iowa, and started his coaching career at Dayton.

"Ben is a proven coach who is ready to lead his own program," Coyle said Monday in a statement. "He has earned this opportunity and is a tremendous teacher, recruiter and relationship builder. I am thrilled for him to lead his alma mater, and I am excited for the future of our men’s basketball program."

Johnson is a Minneapolis native, and should give the Gophers a big boost in local recruiting. Johnson is credited with keeping local stars Amir Coffey, Daniel Oturu, and Gabe Kalscheur home, and was key in getting Jordan Murphy to come to Minnesota.

It's a big gamble by Coyle, as Johnson doesn't have any head coaching experience. Coyle parted ways with Pitino last week after eight seasons, including two trips to the NCAA Tournament and one victory.

"The University of Minnesota is such a special place and has impacted me in immeasurable ways on and off the court," Johnson said Monday in a statement. "I want to thank President Joan Gabel, Mark Coyle, Julie Manning and everyone involved in the search process for believing in me and trusting me to lead this historic program. I am ready to get to work."