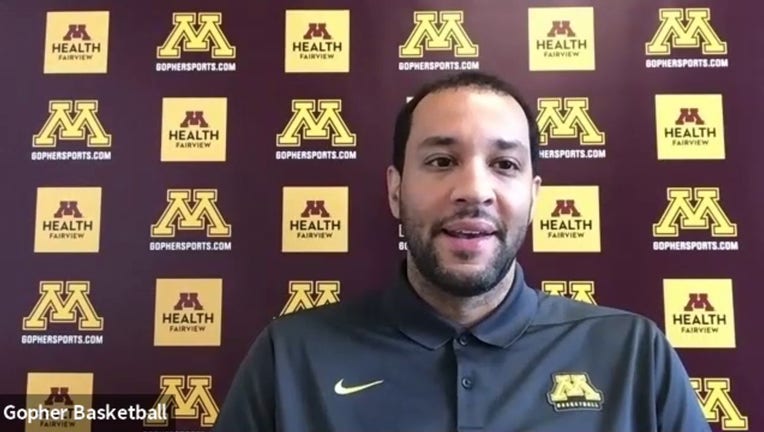 MINNEAPOLIS - Ben Johnson knew it was inevitable that there would be roster turnover when he took over the University of Minnesota men’s basketball program nearly two months ago.

His top priorities after being hired on March 22 included contacting top recruiting targets in the 2022 class, and re-recruiting current players. He couldn’t have predicted that nearly two months later, the only returning player from the 2020-21 squad that finished 14-15 would be forward Isaiah Ihnen.

"It kind of is what it is, everybody is fair game to make their own decision, especially when there’s a coaching change. I don’t take any of this stuff personal, and I don’t think anybody should. We can’t focus on that," Johnson said.

What he is focusing on are the eight players currently on the roster who he expects to be on campus when summer workouts start June 14. Those names include Jamison Battle, a former DeLaSalle standout who was Johnson’s first commit, Ihnen, Payton Willis, Luke Loewe, E.J. Stephens, Parker Fox, Sean Sutherland and Treyton Thompson.

Johnson said Thursday they probably won’t get to 13 scholarship players for the 2021-22 season, but he expects at least a few more additions, including help in the frontcourt, in the next few weeks.

He also has his coaching staff finalized. It includes Dave Thorson, his high school coach, Jason Kemp and Marcus Jenkins.

Johnson has already gone through some adversity. He spoke publicly for the first time since Fox made it known he’s likely be out for all of the 2021-22 season after having left knee surgery. Fox, a Mahtomedi native, transferred to the Gophers after earning Division II All-America honors at Northern State. He averaged more than 22 points and nine rebounds per game last season.

His dream of playing for the Gophers at Williams Arena will likely have to wait at least one more year.

"This guy has dreamed of this opportunity and this moment, I know I’ve really been looking forward to him contributing this year to this team and to have that happen, you feel for the kid," Johnson said. "He’s got a bright future, he’s going to have a big-time career here for us."

Johnson is less than a month away from starting his first summer workouts as a Division I head coach. They’ll be together for eight weeks, then get a break before the fall semester starts.

That eight weeks will include basic installs on offense and defense, but mostly, meshing a lot of new faces and players together. Johnson said his biggest goal for summer workouts is to get the standard for competing and playing hard established.

Johnson is inheriting a program that went to two NCAA Tournaments under Richard Pitino, won one game an finished above .500 in the Big Ten just once. It’s his turn to bring in his players and establish his identity, and it will take time.

"My main goal is to get these guys to believe and trust not only in me and my staff, but in each other and have that faith and build that camaraderie," Johnson said.