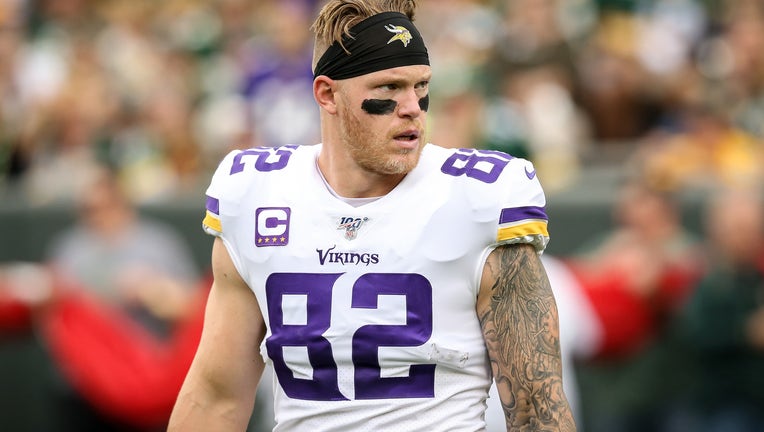 GREEN BAY, WISCONSIN - SEPTEMBER 15: Kyle Rudolph #82 of the Minnesota Vikings looks on before the game against the Green Bay Packers at Lambeau Field on September 15, 2019 in Green Bay, Wisconsin. (Photo by Dylan Buell/Getty Images)

After being cut by the Vikings earlier this month, Rudolph has reportedly agreed to terms to play with the New York Giants. Unless the two teams play in the preseason, the Vikings and Giants will not face each other in 2021.

Rudolph has played in 140 games, starting 132, over 10 seasons and has played in six playoff games. Rudolph, 31, has 453 regular season catches for nearly 4,500 yards and 48 touchdowns. He has 16 catches for 154 yards and two touchdowns, including the game-winning score in the NFC Wild Card Playoffs in New Orleans two years ago.

Rudolph knew the writing was on the wall with the Vikings after the 2020 season. He played 12 of 16 games while battling a foot injury, finishing with 28 caches for 334 yards and a career-low one touchdown. He was asked to take on a much bigger role as a run-blocker.