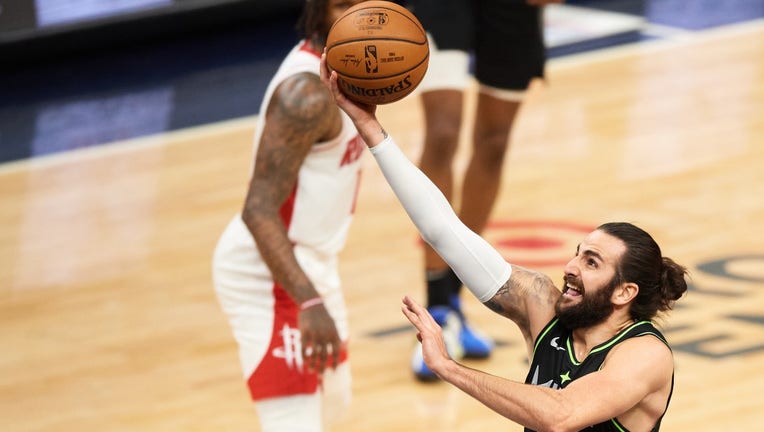 MINNEAPOLIS, MINNESOTA - MARCH 26: Ricky Rubio #9 of the Minnesota Timberwolves shoots the ball against the Houston Rockets during the game at Target Center on March 26, 2021 in Minneapolis, Minnesota. The Timberwolves defeated the Rockets 107-101. N ((Photo by Hannah Foslien/Getty Images) / Getty Images)

MINNEAPOLIS (FOX 9) - Five Minnesota Timberwolves members - four players and one assistant coach - will be heading to the Olympics in Tokyo representing several countries.

Guard Josh Okogie will represent Nigeria, marking his first Olympics. This will be the third-ever Olympics for Nigeria.

Forward Juancho Hernangomez and guard Ricky Rubio are both representing Spain. For Rubio this will be his third Olympics. Hernangomez and Rubio both played on Spain's 2019 FIBA World Cup team, which won the gold medal.

Two Timberwolves will represent Argentina: guard Leandro Bolmaro as a player and assistant coach Pablo Prigioni as part of the coaching staff. Prigioni will be bringing his Olympic experience with him. As a player, Prigioni won a bronze medal for Argentina in 2008 in Beijing. This will be Bolmaro's first Olympics.

This marks the most Timberwolves players sent to a single Olympics. Previously, three Timberwolves went to the Olympics in both 2012 and 1992.