Preparing for the 3M Open

With the 3M Open underway in a couple days, but many golfers and local sports names are already ready. FOX 9’s Dawn Mitchell has more from Blaine.

MINNEAPOLIS - TPC Twin Cities in Blaine becomes the center of the golf world this week as the PGA Tour makes its annual stop in Minnesota for the 3M Open.

It’s the fourth-annual tournament as part of a seven-year deal between TPC Twin Cities and the PGA Tour. Here are five things you need to know before you head to Blaine for what tournament officials are calling the "golf event of the summer in Minnesota."

TPC Twin Cities will play to a 7,441-yard par-71 for PGA professionals. The signature hole at TPC Twin Cites is No. 18, a par-5 that demands an accurate tee shot, leaving players with a decision to make on their approach. Do they go for the green in two and take the risk of a long approach over water? Or lay up, try to take the water out of play and give themselves a shot at birdie? Matthew Wolff made an eagle on No. 18 to win the inaugural tournament in 2019.

Minnesota native Tom Lehman was the player consultant for the course layout, and it was built by Arnold Palmer’s design company. 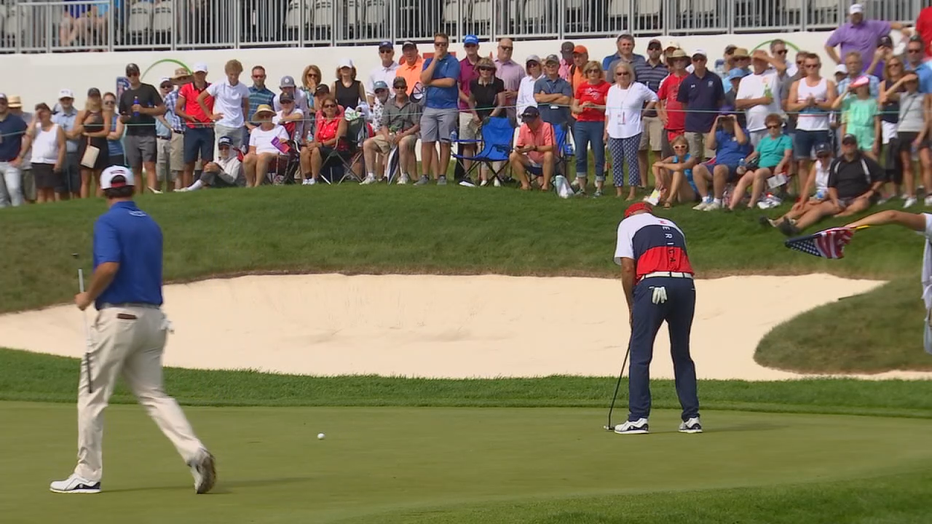 The field will include 156 players, with 72 holes of stroke play and that field being cut to the low 60 and ties after 36 holes on Friday. The winner gets $1.35 million, and 500 points in the FedEx Cup Playoff standings.

There are a few players with Minnesota ties who will tee it up in Blaine this week. It’s a group that includes Spring Lake Park native Troy Merritt, Fargo native Tom Hoge, who has won the Minnesota State Amateur twice, and Edina native Mardy Fish, a former professional tennis player who has two wins on the celebrity golf circuit, and is playing on a sponsor’s exemption.

3M Open set to return with less stars this year

The 3M Open returns to the Twin Cities on July 18, but many big names from previous years won’t be in the competition due to the recent emergence of LIV Golf.

CAMERON CHAMP BACK TO DEFEND

Cameron Champ shot a 5-under par 66 on Sunday last year despite dealing with dehydration and a dizzy spell to finish 15-under par and win by two shots over Louis Oosthuizen, Charl Schwartzel and Jhonattan Vegas. It was Champ’s third tour victory. Michael Thompson, the 2020 winner during the COVID-19 pandemic, is also in the 3M Open field. Wolff, the inaugural champion, left the PGA Tour for the LIV Tour and will not be in Blaine.

The 3M Open starts Thursday morning in Blaine, but there will be pro-am events Tuesday and Wednesday at TPC Twin Cities to let golf fans see their favorite players, athletes and celebrities in-person. That's highlighted by the Compass Challenge, where two teams of four will play holes 10-12, starting at 5:30 p.m. Wednesday. They'll play a "shamble," where all four players tee off, they take the best result and all play their own ball from there.