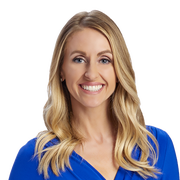 Shayne Wells joined FOX 9 in 2014 and has since taken on many roles from producer to traffic reporter, Jason Show sidekick and now feature reporter for the FOX 9 Morning News.

Prior to that, Shayne made stops in Boise, Sacramento and Grand Junction, Colorado.

A native of Washington State, she’s now a Minnesotan for life. She and her husband Ryan have two kids, Kerris and Tillman.

Ryan is from Wisconsin meaning they’re a Packer family, but that green and gold comes in handy in the winter since he’s also a wrestling coach for Edina High School. 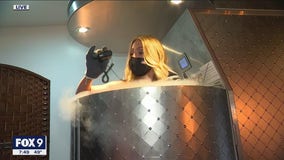 There’s a new boutique gym in Maple Grove that fuses fitness and physical therapy. Viracity was founded by a physical therapist. The wellness center offers many different types of fitness classes, both in-person and virtual, but also massage therapy, infrared therapy and chryotherapy. Melissa Gill, the owner, says she had always wanted a space like this but it wasn’t until the pandemic hit and this location opened up that she moved on the idea. She felt like these specific services, offered together were especially important during this time. For more information visit: https://www.viracity.life/ 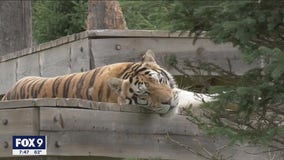 Minnesota is home to a wildcat sanctuary that's been rescuing animals from all over the world for 21 years. ‘The Wildcat Sanctuary’ is just 90 miles north of the metro and is place of refuge for injured, abused or displaced wildcats. Currently, more than 115 felines call the facility home. It is a non-profit funded by private donors. It’s not open to the public so they don’t make money off of entrance fees or pictures with animals. Founder and Executive Director, Tammy Theis took us inside to meet some of the animals as they launch their ‘Tigerthon.’ Starting September 24th through October 1st, all donations will be triple-matched. To learn more visit https://www.wildcatsanctuary.org/ 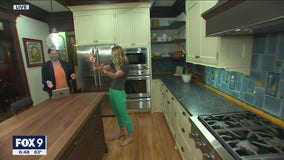 Home tours have started up again, but with safety in mind, many have moved online. Starting this weekend, the AIA Minnesota Homes by Architects tour gets underway virtually. It’s your chance to look inside 17 grand homes across the metro with immersive 3D technology and live architect interviews. Tickets are available at: HomesByArchitects.org 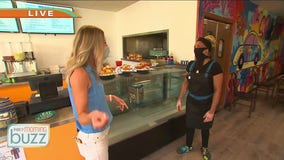 When you combine Soul Food and Egg Rolls you get SOULROLLS and that’s the signature item at a Minneapolis restaurant that’s celebrating it’s reopening in a colorful new space. Wendy’s House of Soul moved from its Broadway Avenue location to 1825 Glenwood Avenue in the Harrison Neighborhood. They offer takeout and curbside orders. Visit https://www.youvebeensouled.com/ for more information. 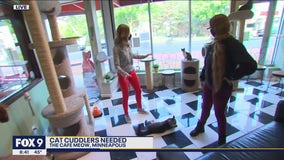 Minnesota’s first cat café has reopened and needs more cat cuddlers. The Café Meow is part coffee shop, part cat lounge. The cats featured in the lounge are up for adoption. There is a small fee to hang in the cat lounge but that money goes toward caring for the felines. Since the shop opened in 2018, they’ve found homes for 308 cats. Follow their social media for up-to-date lists of their cat roster. Instagram: @TheCafeMeow 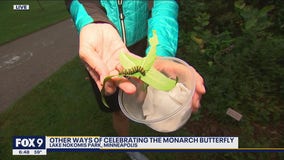 This is the time of year Monarch Butterflies start their 2300 mile journey from Minnesota to Mexico. In year's past, that meant we'd be celebrating with the Monarch Festival. This year it is virtual, but there are important things you can be doing right now in lieu of the festival. We visited a certified monarch waystation at Lake Nokomis to learn more about supporting monarch conservation. 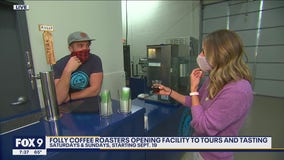 Folly Coffee Roasters is making moves. They recently moved production from Silver Lake to St. Louis Park and now they’re opening their facility to tours and tastings. The idea came from seeing the popularity of brewery tours; but with a lot more energy. Rob Bathe, owner of Folly Coffee Roasters, says they blare music as they educate people on the process and move quickly to coffee sampling including cold brew, batch brew and espresso. The tours will start up Saturday, September 19th and run on weekends from 8am – 2pm. For 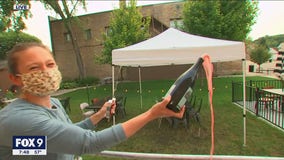 There’s a new winery in Jordan highlighting locally-made sparkling wine. Mousse Sparkling Wine Company features house-made méthode champenoise and charmat method sparkling wines made from Minnesota grapes. Owner Josie Boyle has been a winemaker for 12 years. She wanted to open her own winery so she could experiment with sparkling wines. The Mousse tasting room is inside a historic 1895 brick building. They also have a patio and Instagram-friendly mural that reads ‘Bubbly for All.’ 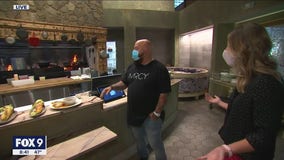 A new wood-fired cantina has opened in St. Paul’s Keg & Case West 7th Market. Woodfired Cantina has taken over the space that once housed In Bloom. Brian and Sarah Ingram, who also run Hope Breakfast Bar and The Gnome, teamed up with celebrity chef, Justin Sutherland and barbecue enthusiast, chef Patrick O’Hare. The restaurant will feature woodfired meats and cantina cocktails inspired by the street foods of Southern California and Mexico. 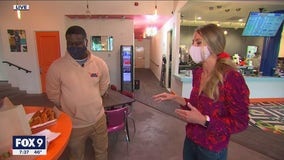 The husband and wife duo behind Soul Bowl is opening a new pop-up concept that offers a completely customizable wing experience. B.A.D Wingz is located inside Northesast Minneapolis bakery, Glam Doll Donuts. The menu features chicken wings and a specially made vegan wing that was created through a partnership with the Herbivorous Butcher. There are multiple types of rubs and sauces plus unique sides like ‘Hot Cheetos’ Sweet Corn. The shop is open 11am to 8pm starting Tuesday, September 8th. For more information visit: https://www.badwingz.com/