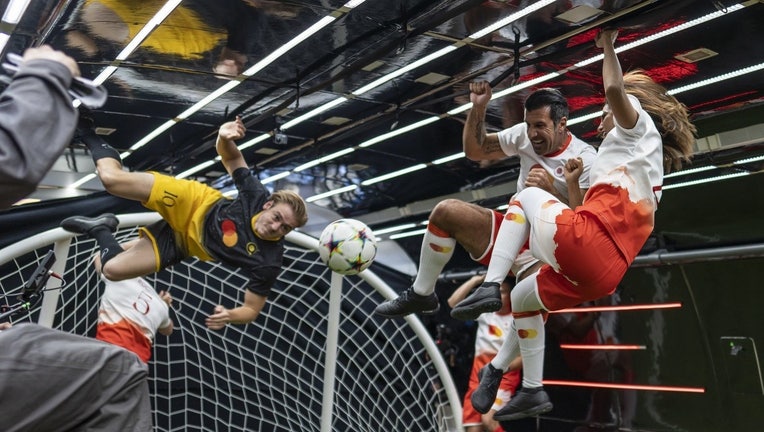 Portuguese soccer legend Luis Figo and seven other players from around the globe set a new world record with a wild match-up at zero gravity.

The record-breaking game, put on by Mastercard, was played at an altitude of 20,230 feet in a specially outfitted plane in zero gravity conditions, "taking the game to a place where no match has gone before." The players now hold the Guinness World Record for "highest altitude game of football (soccer) on a parabolic flight."

"Football transcends boundaries and unites people around the world," Figo said in a statement. "I have played in stadiums where the electric atmosphere sparks emotions that cuts across cultures and nationalities; this was the exact same experience I had playing this beautiful game at 20,000 feet above ground with a group of fearless football fanatics taking their passion for the sport to unprecedented heights."

Mastercard said the world record "recognizes the world's most popular sport as a celebration of the human spirit, igniting passion and pride for millions every day."