MINNEAPOLIS - A tense exchange between a witness and Derek Chauvin's defense attorney has garnered praise online for the witness' rejection of the "angry Black man" trope.

Donald Williams II testified Tuesday that he called 911 after witnessing Chauvin kneel on George Floyd’s neck for more than nine minutes. In audio from the scene, Williams can be heard hurling insults at Chauvin and other officers.

Williams told the officers they were murderers and taunted Chauvin as a "bum" and a "tough guy."

Chauvin's attorney, Eric Nelson, spent much of Tuesday making the case that the onlookers were unruly and posed a threat to the officers at the scene.

When Williams took the stand, Nelson asked him about a previous interview he did with investigators in which Williams is documented saying, "I really wanted to beat the s*** out of the police officers."

Williams said that’s what he felt at the time. Nelson asked if it was fair to say he grew angrier and angrier — which Williams firmly rejected.

"No, you can’t paint me out as angry," Williams responded. "I would say I was in a position where I had to be controlled. Controlled professionalism, I wasn't angry."

Nelson objected, claiming Williams was being nonresponsive, but the judge overruled the objection —  allowing Williams’ remarks to stand.

Nelson’s tactics resemble antics other lawyers have used in previous high-profile trials involving police violence against Black men. In the Rodney King trial of the early 90s, attorneys painted King as a "Tasmanian devil" with "hulk-like strength" in an effort to justify the officers’ violence against him, the Associated Press reported.

None of the officers charged with beating King were convicted. 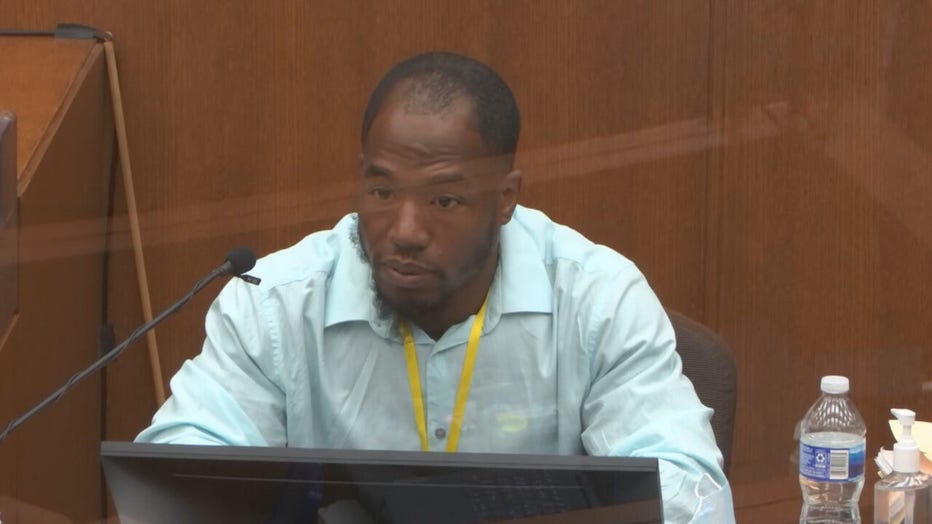 Kari J. Winter, professor of American studies at the University at Buffalo, told The Washington Post that Nelson’s questioning of Williams was deeper than anger.

"It’s the accusation that you are not a valid witness because of the way you as a Black man responded to the murder of a Black man. There’s great dexterity in his response to maintain poise and reject the real underlying questioning."

While the audio of his 911 call played, Williams became visibly emotional, wiping tears from his eyes several times. His testimony caught the eye of award-winning filmmaker Ava DuVernay, who’s made a career of directing films about racial injustice.

"Dear #DonaldWilliams, For what you did that day and for how you stood strong today, thank you," DuVernay tweeted.

The NAACP also weighed in, praising Williams’ actions on the day of Floyd’s death.