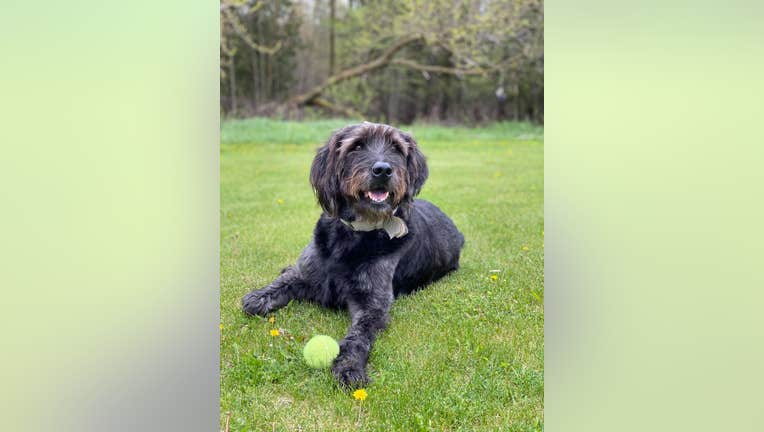 Violet was inside a Lexus that was stolen from Walgreens, police say. (Woodbury Police Department)

WOODBURY, Minn. (FOX 9) - Police in Woodbury, Minnesota are asking for the public's help as they investigate the theft of two vehicles, including one which had a dog inside.

According to officers, a group of four driving two other vehicles -- which are also presumed to be stolen -- stole two other vehicles in the city. One vehicle, a gold Durango, was taken from a parking lot at the Health East Sports Center on Radio Drive.

The other, a black Lexus GK SUV with the plates 445LFK, was taken from the Walgreens on Queens Drive. Inside the Lexus was a female labradoodle named Violet with a purple collar.

In both instances, the thieves prowled the lot, looking for something of interest -- like a purse or key fob in a vehicle.