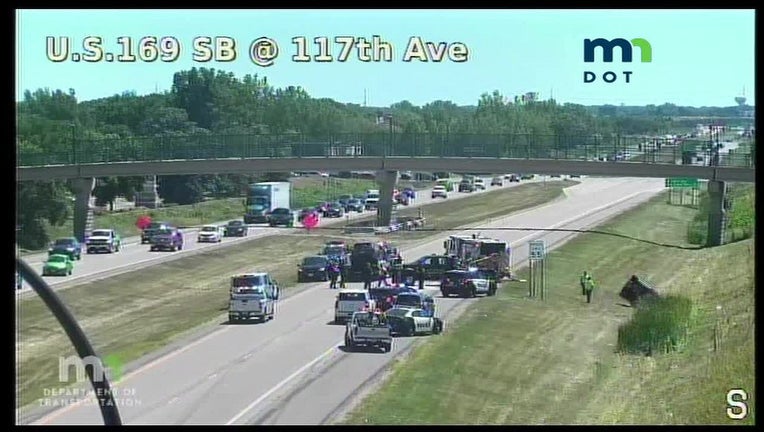 The criminal complaint states that on July 21, 58-year-old Jill Zetterwall was heading northbound on Highway 169 when traffic started to slow down. She veered into the left lane, clipped the front of another vehicle, and crossed the median into the southbound lanes where she crashed into Adam Madsen, 37, of Anoka.

Madsen’s vehicle went into a ditch and rolled onto its roof. He was pronounced dead at the scene. According to the complaint, the preliminary autopsy indicates Madsen died from "multiple blunt force injuries from a high-speed vehicle collision."

While talking to Zetterwall, officers said they could smell an odor of alcohol, and she appeared to be "disheveled, her eyes were glossed over and she was slurring her words." She allegedly told authorities her last drink was "a couple hours earlier," according to the complaint.

Authorities obtained a search warrant for a blood sample which indicated she had a blood-alcohol concentrate of 0.225, the complaint states.

Zetterwall was charged with three counts of criminal vehicular homicide via a warrant and faces up to 10 years in prison for each count. Court records state she has not been taken into custody.