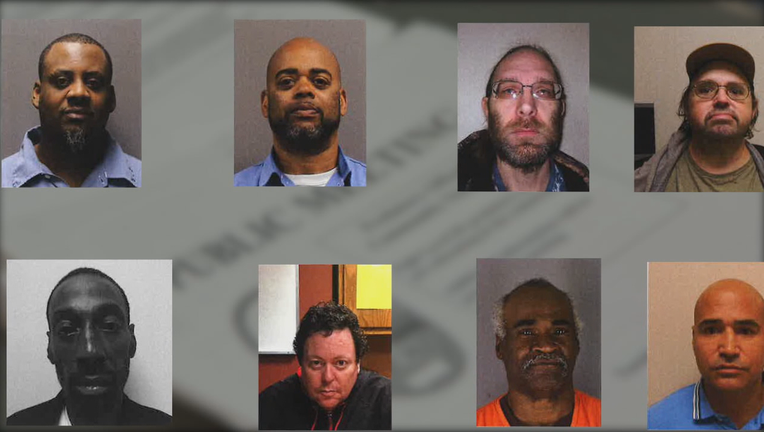 Eight level 3 sex offenders are moving into St. Paul, so police warned the community about it at a meeting Tuesday. (Ramsey County Corrections)

ST. PAUL, Minn. (FOX 9) - Some St. Paul residents are outraged to hear eight level 3 sex offenders are moving to the city, but police hope residents are more aware than fearful.

A community meeting was held Tuesday because the six offenders have level 3 offender status, which means they have the highest risk of reoffending. The men have all completed their sentences.

St. Paul Police holds meeting to address fears after 8 sex offenders move in at once

Eight offenders are set to move in to a St. Paul neighborhood, so police are hoping to raise awareness.

St. Paul Police’s West District Office is notified the community that the eight sex offenders will be living nearby. The police department's goal is not to incite fear, but to raise awareness.

The eight offenders will live just blocks from Jackson Magnet Elementary school where nearly 400 students are enrolled. Even after school hours, it is not uncommon to find children at the school on the playground.

“In the city, you really can’t throw a stone without hitting a park, a daycare, a school,” said Beth Tietz, of Ramsey County Community Corrections. “It does happen.”

Of the offenders, some are off supervision, some are on probation and the rest are on intensive supervised release.

“It really comes down to that social proximity piece, not geographical proximity,” said Bran VanderVegt, a community notification coordinator. “Who gets to have a relationship with the people we care about?”

The offenders mentioned have registered to live in the city within the last month and may already be at the addresses listed.