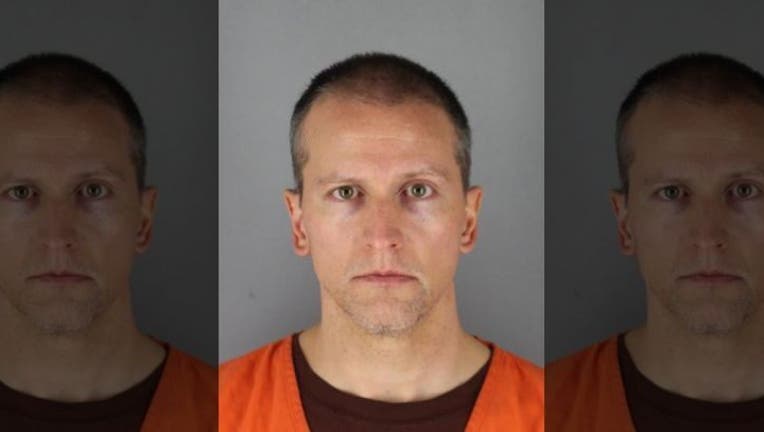 MINNEAPOLIS (FOX 9) - Derek Chauvin is a former Minneapolis police officer charged with murder in the death of George Floyd.

On May 26, 2020 a teen captured video of Chauvin holding his knee on Floyd’s neck for nearly nine minutes outside a store at E 38th St and Chicago Ave in Minneapolis. While Chauvin used the knee restraint, Floyd repeatedly stated he couldn’t breathe before he appeared to lose consciousness.

The day after Floyd died, Minneapolis Police Chief Medaria Arradondo announced Chauvin and the three other Minneapolis officers involved in the arrest were fired from the police department.

Chauvin graduated from Park Senior High School in Cottage Grove in 1994, according to Chauvin's personnel file with the Minneapolis Police Department.

Before starting his law enforcement journey, he worked in food service and even studied culinary arts at Dakota County Technical College.

He eventually decided to make a career change. Starting in 1996, he began working as a security officer for a private security company in St. Paul and later served as a member of the U.S. Army military police. According to his job application, he studied for a law enforcement associate’s degree at Inver Hills Community College.

He began his career with the Minneapolis Police Department as a community service officer in Jan. 2001.

Over the course of his 19-year career with Minneapolis police, Chauvin was the subject of 17 complaints before Floyd's death, according to his personnel file.

Only one of those complaints was sustained, and Chauvin received a letter of reprimand. In the incident, his squad car’s dash camera was not properly working when he pulled over a woman and frisked her for speeding 10 mph over the speed limit, according to personnel records.

The allegations of the other complaints are not public.

Involvement in police shootings and awards

As an officer, Chauvin was involved in two police shootings, one which was fatal, according to documents in his personnel file.

In Oct. 2006, a suspect pointed a sawed-off shotgun at officers. Chauvin was among a group of officers, who fatally shot the suspect. Chauvin and the other officers involved received a Medal of Valor for their actions, according to his personnel file.

In May 2008, Chauvin shot a man in a bathroom while responding to a domestic incident. According to documents filed in his employment history, the suspect fought with Chauvin and tried to take his gun. The man survived the incident. Chauvin received a Medal of Valor for his actions.

Chauvin received a Medal of Commendation for another incident later that fall in which he helped track down and arrest an armed suspect.

Chauvin earned a Medal of Commendation for his actions in Nov. 2008 while providing off-duty security for El Nuevo Rodeo, according to his personnel file. Chauvin saw a man fire shots near the club and before he could call for backup, he was able to detain the man and his friends, who ended up being gang members.

Former owner Maya Santamaria said Chauvin and George Floyd worked together at El Nuevo Rodeo Club up to the end of 2019. Both worked security, but Chauvin would stay outside in his patrol car and help when needed.

A former Minneapolis club owner reflects on her experiences working with both Officer Chauvin and George Floyd, both of whom worked at her establishment at the same time.

"Chauvin was our off-duty police officer through the third precinct that gave us police presence. For 17 years, I worked with him and another officer," said Santamaria. "He would stay outside and patrol in his patrol car...and then when there was an altercation that our security staff needed to hand over to police, he was there."

"I don't think that they recognized each other that day," Santamaria added when speaking of Floyd's death in May 2020.

On Feb. 2, 2021, a judge approved the divorce settlement. Just months before, the judge rejected the settlement for possible fraud because the original agreement transferred the majority of the assets to Kellie. It’s unknown how the approved settlement compares to the one that was rejected.

Chauvin does not have any children from his marriage with Kellie.

According to online court records, the next hearing in the taxes case is scheduled for June 30, likely after conclusion of the murder trial.

Will be eligible for pension

Chauvin will be eligible to receive pension benefits during his retirement years even if he's convicted of killing Floyd, according to the Minnesota agency that represents retired public workers.

The Minnesota Public Employees Retirement Association said in a statement that former employees who meet length-of-service requirements qualify for benefits regardless of whether they quit or are fired. Those payments are not affected by criminal charges or convictions, the agency said, citing state law.