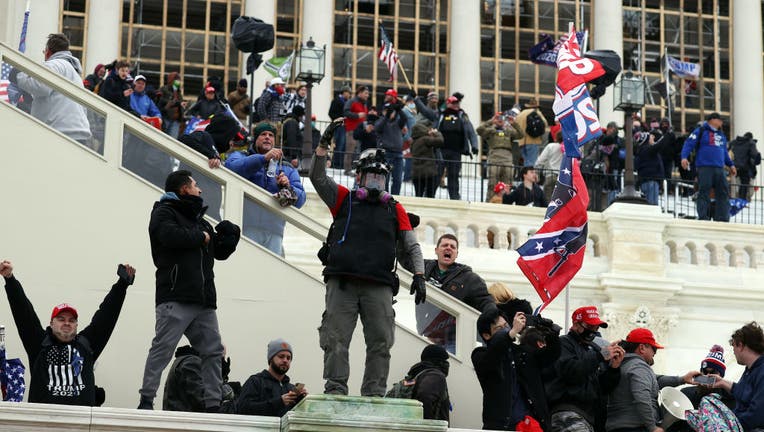 The House committee investigating the Jan. 6 insurrection at the Capitol has agreed to defer its attempt to get hundreds of pages of records from the Trump administration, holding off at the request of the Biden White House.

The deferral is in response to concerns by the Biden White House that releasing all the Trump administration documents sought by the committee could compromise national security and executive privilege.

President Joe Biden has repeatedly rejected former President Donald Trump’s blanket efforts to cite executive privilege to block the release of documents surrounding that day. But Biden’s White House is still working with the committee to shield some documents from being turned over.

Trump is appealing to the Supreme Court to try to block the National Archives and Records Administration, which maintains custody of the documents from his time in office, from giving them to the committee.

Dozens of pages created Jan. 6 don’t pertain to the assault on the Capitol. Other documents involve sensitive preparations and deliberations by the National Security Council. Biden’s officials were worried that if those pages were turned over to Congress, that would set a troublesome precedent for the executive branch, no matter who is president.

Still other documents are highly classified and the White House asked Congress to work with the federal agencies that created them to discuss their release.

"The documents for which the Select Committee has agreed to withdraw or defer its request do not appear to bear on the White House’s preparations for or response to the events of January 6, or on efforts to overturn the election or otherwise obstruct the peaceful transfer of power," White House deputy counsel Jonathan Su wrote in one of two letters to the committee obtained Tuesday by The Associated Press.

Su wrote that for the committee, withholding the documents "should not compromise its ability to complete its critical investigation expeditiously."

For the last several months the National Archives has been transmitting tranches of documents to the White House and to lawyers for Trump to determine whether they contain any privileged information. Trump has raised both broad objections to the release of the documents as well as specific concerns about particular documents.

The National Archives has said that the records Trump wants to block include presidential diaries, visitor logs, speech drafts, handwritten notes "concerning the events of January 6" from the files of former chief of staff Mark Meadows, and "a draft Executive Order on the topic of election integrity."

Biden has repeatedly rejected Trump’s claims of executive privilege over those documents, including in a letter sent Dec. 23 regarding about 20 pages of documents.

"The President has determined that an assertion of executive privilege is not in the best interests of the United States, and therefore is not justified," White House counsel Dana Remus reiterated in the latest letter.

Trump has taken to the courts to block the document releases. A federal appeals court ruled this month against Trump, and he has filed an appeal to the Supreme Court, though the high court has yet to decide whether to take up the case.

Judge Patricia Millett, writing for the court in the Dec. 9 opinion, said Congress had a "uniquely vital interest" in studying the events of Jan. 6 and Biden had made a "carefully reasoned" determination that the documents were in the public interest and that executive privilege should therefore not be invoked. Trump also failed to show any harm that would occur from the release of the sought-after records, Millett wrote.

"On the record before us, former President Trump has provided no basis for this court to override President Biden’s judgment and the agreement and accommodations worked out between the Political Branches over these documents," the opinion stated.