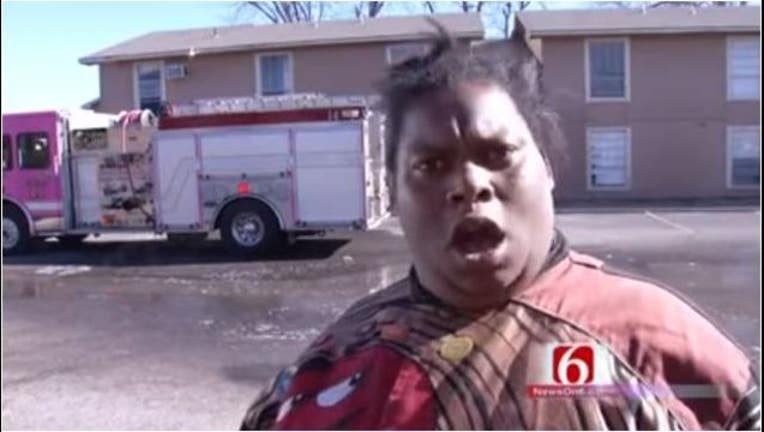 TULSA, Okla. - There was an apartment fire in Tulsa, Oklahoma over the weekend but it's the hilarious account of the situation by one of the residents that's burning up the internet.

The fire broke out at the Casa Linda apartment complex early Sunday and Michelle Dobyne described what happened while being interviewed by the Tulsa television station.

"I got my three kids and we bounced out. Nuh-uh, we ain't gonna be in no fire. Not today," she said.

The fire appeared to be electrical. Fortunately, no one was hurt.