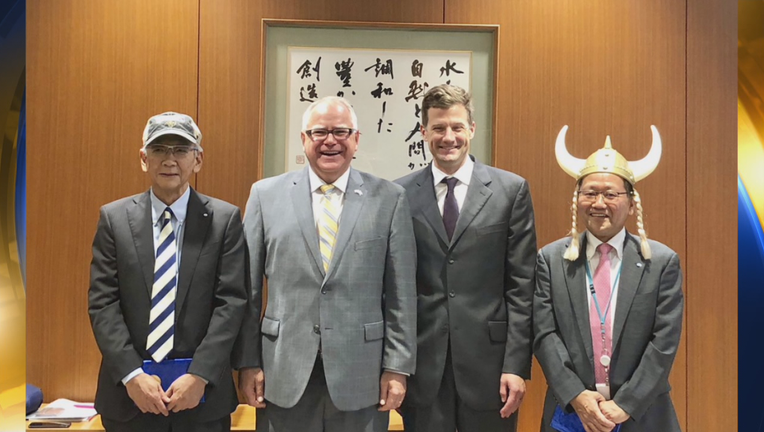 Gov. Walz poses for a photo during his trip to Asia. (Supplied)

ST. PAUL, Minn. (FOX 9) - Gov. Tim Walz returned from a six-day trade trip to Japan and South Korea this week without a new jobs deal to announce, but the first-term Democratic governor said his visit earned Minnesota some momentum in a race against other Midwestern states.

The competitive game of international trade trips is like speed dating: governors and chief executives of foreign companies get a few precious minutes to meet and impress each other – and try to win a second date. The stakes have been raised because of the ongoing trade war between the U.S. and China, the world’s two biggest economies.

Gov. Tim Walz returned from a six-day trade trip to Japan and South Korea this week without a new jobs deal to announce, but the first-term Democratic governor said his visit earned Minnesota some momentum in a race against other Midwestern states.

Walz said he was seeking to build long-term relationships with Korean and Japanese companies he visited with during his first international trip as governor. He spoke with reporters about the visits on Friday.

“I think the potential there is great. I think the numbers show the momentum is strong,” Walz said. “To be able to go with the other Midwest governors -- to not be there would’ve been a mistake.”

Five other Midwestern governors joined Walz on the trip. 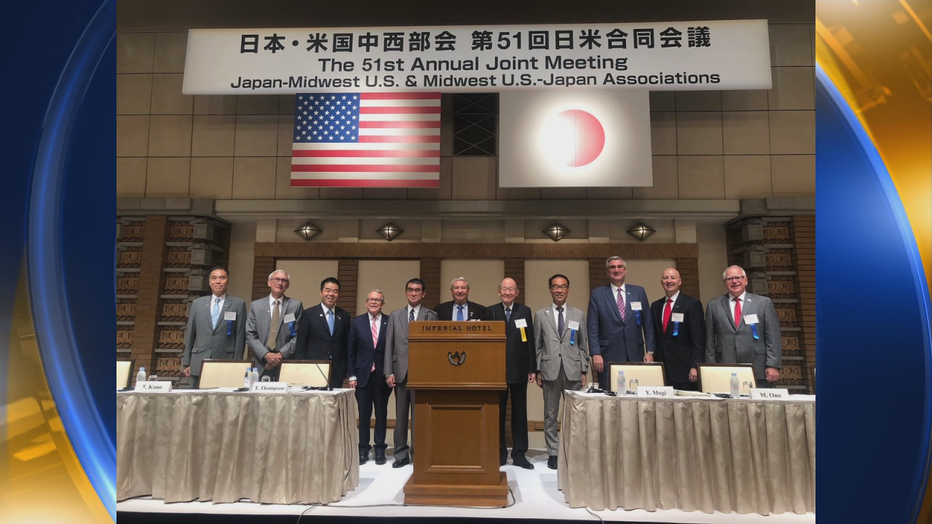 Walz and his economic development commissioner, Steve Grove, said they were considering whether to hire a full-time representative to promote Minnesota’s brand in South Korea, the state’s sixth-largest trade partner.

Minnesota has representatives in seven other places: Canada, Mexico, Japan, the European Union, United Kingdom, Australia and Southeast Asia, said Shane Delaney, a spokesman for the Department of Employment and Economic Development.

“I think the Korea thing is something we will consider after seeing the momentum there,” Grove said. “These things are important, in the global economy, to have someone on the ground there all the time to represent Minnesota. It makes a difference.” 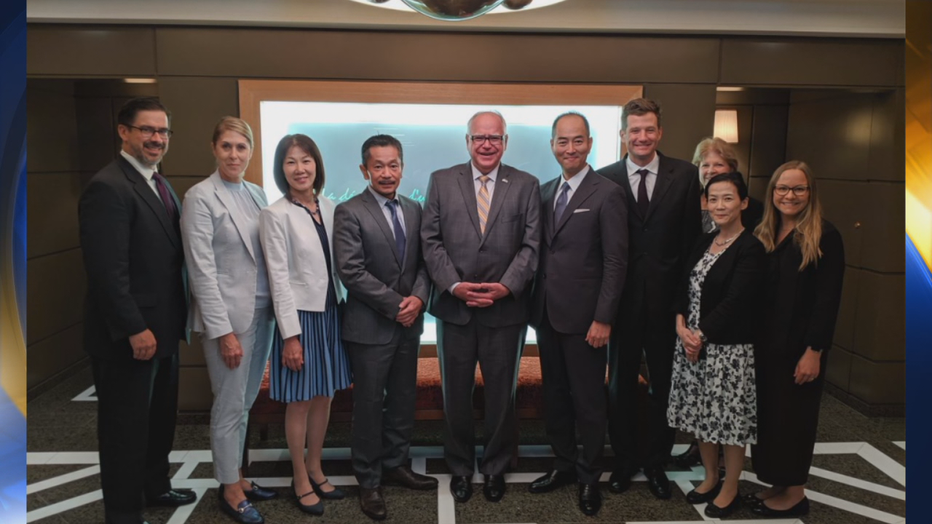 Walz said he would not propose large tax incentives packages to win jobs deals, as governors in other states have done.

Most notably, then-Wisconsin Gov. Scott Walker promised more than $4 billion in local and state incentives to Taiwanese electronics giant Foxconn to build a plant in that state. The company has since scaled back its proposal.

“We in Minnesota have a little different philosophy than the Foxconn folks, or the ‘roll out every single incentive,’” Walz said. He said the company executives he met with were most interested in workforce development initiatives and quality of life attributes.

Several Japanese and Korean companies employ hundreds of people in Minnesota. None have postponed or canceled investments in Minnesota because of the current global economic uncertainty, Walz said.

Walz said the Trump administration has been unable to convince Japan to buy more Minnesota soybeans to aid farmers affected by the U.S.-China trade war. The Chinese market has dried up because of restrictions has placed on agricultural products imported from the U.S., though Chinese officials said Friday they would remove tariffs on soybeans and pork ahead of negotiations with the Trump administration.

“I think there’s a sense of unease. I do think all of us that were there, including all the Midwest governors, are really, really looking for when this thing (the trade war) is over and there’s some stability brought back,” Walz said.