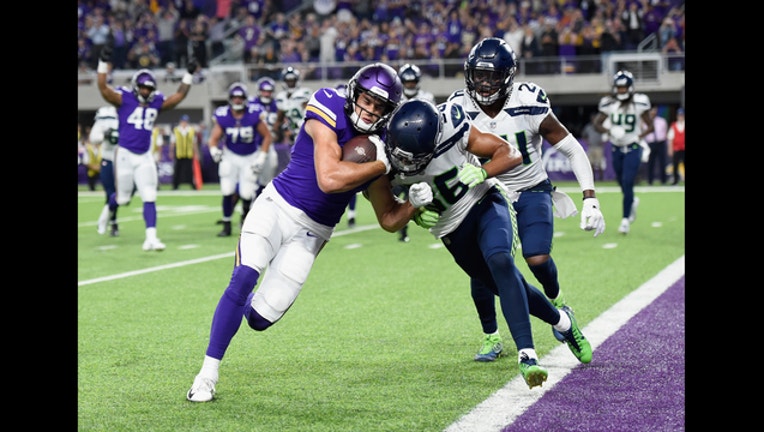 MINNEAPOLIS, MN - AUGUST 24: Jake Wieneke of the Minnesota Vikings on his way to score a two-point conversion during the fourth quarter of a preseason game. (Photo by Hannah Foslien/Getty Images)

In addition, Cayleb Jones was cut from the team just days after he was arrested for domestic assault of girlfriend Tuesday afternoon in an Eagan hotel.

Antwione Williams, a third-year linebacker, was also cut. He was charged with a DWI earlier this year.