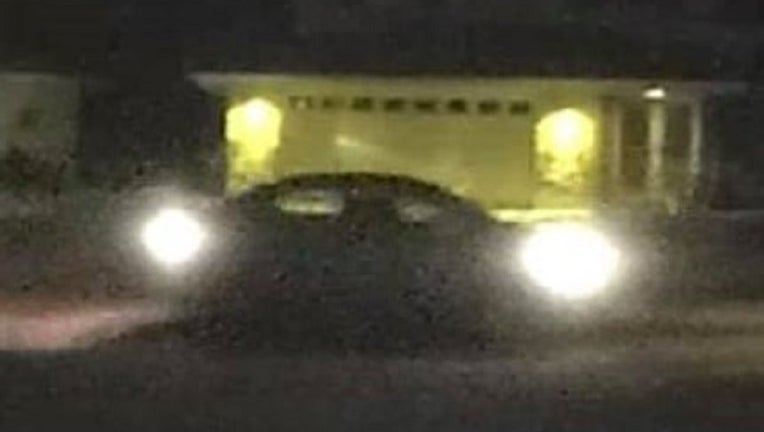 A vehicle is seen pulling up in front of the home prior to flames breaking out in New Brighton, Minnesota. (New Brighton FD / Facebook)

Around 5:30 a.m., police and firefighters responded to the 1700 block of 19th Avenue NW in New Brighton for a reported garage fire that had been called in by a newspaper delivery person.

The people inside the home were able to get out as fire crews responded. At the scene, first responders found a working fire burning on the exterior of the garage that firefighters were able to quickly extinguish. Investigators say damage from the fire was limited to the garage.

After reviewing the surveillance video, police found a sedan had pulled up shortly before the fire and a person inside had approached the garage before flames were seen in the video.

After the fire, the homeowner also noticed a Black Lives Matter sign in her yard was also missing but it's unclear if the sign was stolen during the fire.

Police say the fire is currently under investigation and considered suspicious. They are asking for neighbors in the area to review any surveillance cameras between 5 a.m. and 5:45 a.m. on Saturday to see if they see a small passenger vehicle drive by.

Anyone with additional video footage is asked to email the city at city@newbrightonmn.gov.