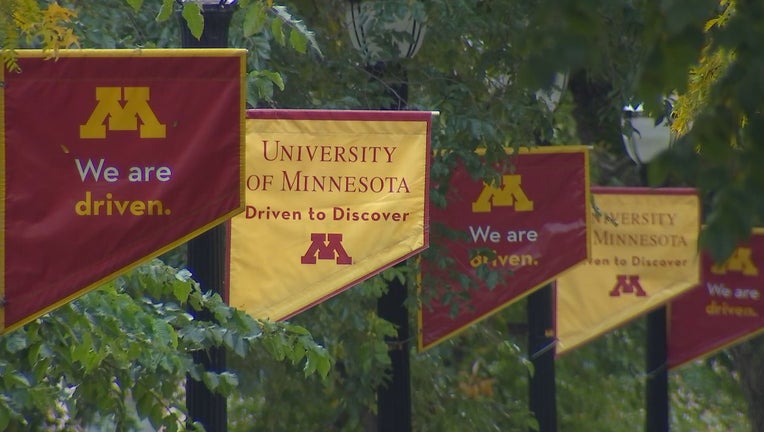 MINNEAPOLIS (FOX 9) - Both the University of Minnesota and Minnesota State Universities are bracing lawmakers for extreme losses due to the COVID-19 pandemic.

U of M President Joan Gabel said the Universities have already frozen hiring and asked leaders to take a pay cut, but the $50,000 she hopes it will save is not enough.

Both the University of Minnesota and Minnesota State Universities are bracing lawmakers for extreme losses due to the COVID-19 pandemic.

The University of Minnesota's 49,000 students are largely gone from its campuses, which has blown big holes in the budget.

“And the cabinet and I have agreed to take a 10 percent salary reduction starting in the new fiscal year until the university returns to normal operations,” said Gabel.

In the worst case scenario, Gabel said the range of losses takes the university up and over $300 million to $324 million in losses.

The news is not much better at Minnesota State, where leaders expect losses to total $35-40 million for the rest of this school year and a worst case scenario of $194 million for the next budget starting in July.

Gabel says their data shows next fall’s enrollment might drop by 10 percent. To help keep students, the University has already announced a tuition freeze.

She assured state lawmakers Tuesday that they will be submitting a balanced budget proposal to the Board of Regents next week that will be full of what’s being described as “difficult decisions.”