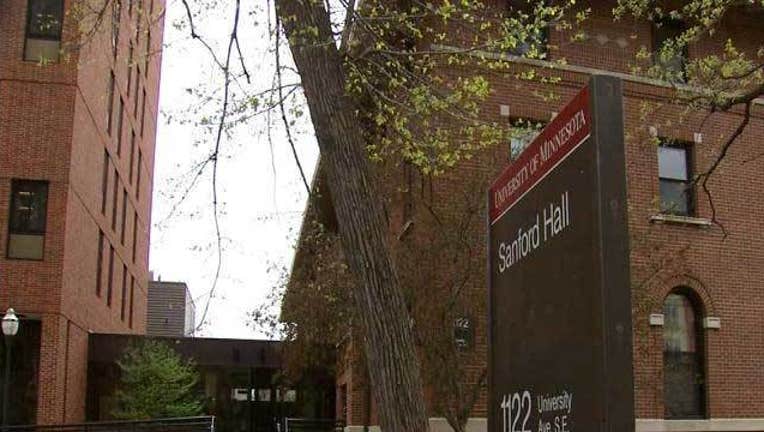 A University of Minnesota student was threatened with a knife and sexually assaulted by two men inside her Sanford Hall dorm room over the weekend, and university police said they are no longer investigating the report as a stranger assault.

"After further investigation, the University of Minnesota Police Department is no longer investigating the report of a sexual assault in Sanford Hall as a stranger sexual assault. As a result of the investigation, UMPD has found no immediate and on-going threat to public safety related to the case. The University will continue to review any additional information as it becomes available and support the student who filed the report," police said in a news release.

According to a campus crime alert, the victim was in the hallway of the East Bank residence hall between 12:45 a.m. and 1:30 a.m. Sunday when she encountered two men, who walked her back to her room. Once inside the room, one man threatened her with a knife and both men assaulted her.

If you have been hurt by an acquaintance, partner, family member or stranger, it was not your fault. The Aurora Center provides free and confidential services to the University of Minnesota and Augsburg community who have been hurt by sexual assault, relationship violence and stalking. Help is available 24 hours per day at 612-626-9111.