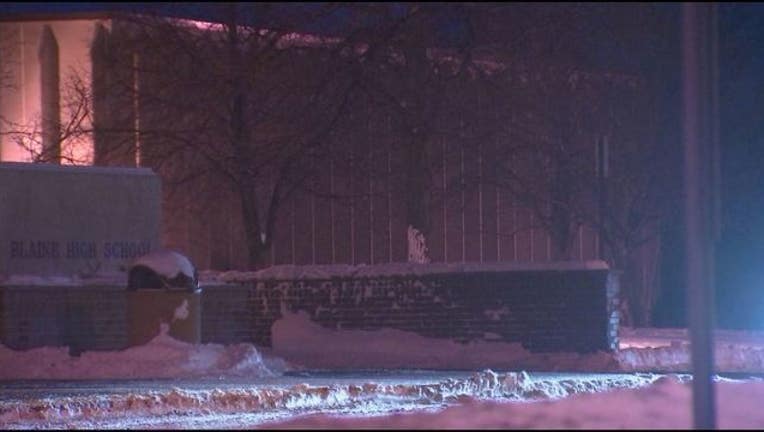 BLAINE, Minn. (KMSP) - Two teenaged boys are in custody after school officials confiscated a gun found in a locker at Blaine High School, according to Blaine police.

Lt. Dan Pelkey of Blaine police says around 11:16 a.m. a student overheard two other students, a 14-year-old and a 15-year-old, talking. The conversation led the student to believe they were was a gun in the locker and reported what she heard to school officials.

Adminstrators and the school resource officer found a small caliber handgun in the locker.

Police say the school had not received a threat and that students were not at risk.

Principal Jason Paske published a note about the incident on the school's website.

"Our district takes every firearm and weapon-related incident seriously," Paske wrote. "Our school district’s discipline policy is clear about weapons, and possession or use of a weapon at school. Even a toy look-alike weapon is a violation of the policy. Students who are involved in these offenses have consequences, regardless of the intent for bringing the weapon."