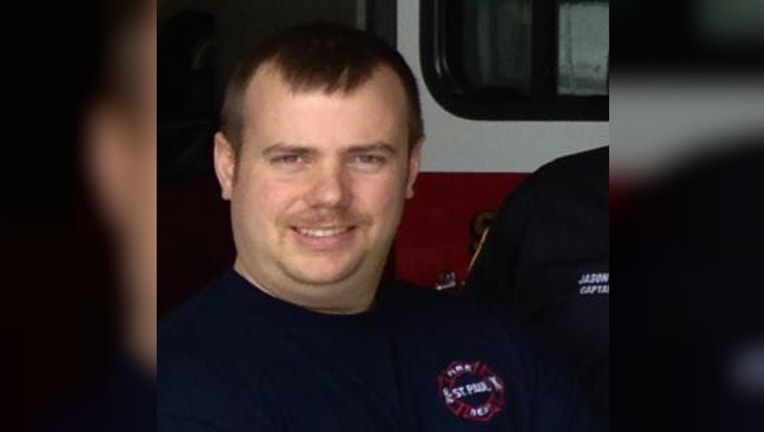 Off-duty Firefighter Thomas Harrigan died in a shooting at his home in St. Paul on Sept. 2, 2019. (St. Paul Firefighters Local 21)

ST. PAUL, Minn. (FOX 9) - Two brothers have been charged in connection with the murder of an off-duty St. Paul, Minnesota firefighter earlier this month.

Blake Caraway, 36, was arrested in Pompano Beach, Florida and Dontay Caraway, 39, was arrested in Spencer, Oklahoma. Both men are charged with two counts of second-degree murder in the shooting death of 36-year-old Thomas Harrigan on Sept. 2.

According to the charges, Dontay had been living in the house with Harrigan, but Harrigan had kicked him out the day before because he thought Dontay was stealing from people living in the house. The charges allege Dontay and Blake went to Harrigan’s house to try to retrieve Dontay’s cell, which he believed was still in the house.

When Dontay and Blake came to the house, they argued with Harrigan before Blake shot him once. Witnesses on scene rendered aid, but Harrigan died after being trasported to Regions Hospital.