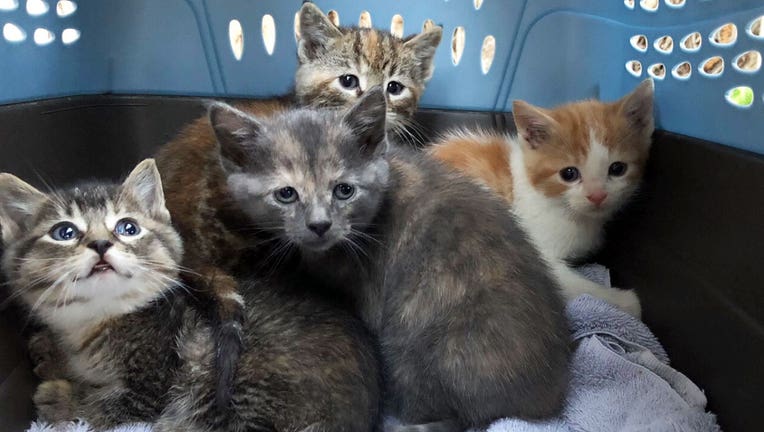 (FOX 9) - A Twin Cities animal rescue group says it is seeing an explosion in feral cats on the streets of the metro.

An increasing number of stray cats on the streets is keeping an animal rescue group in the Twin Cities busy.

Jacky Wilson, with the brigade, says the pandemic is to blame as the cats in the colonies couldn’t get spayed or neutered because veterinary offices were closed. In the meantime, mama cats have had multiple litters of kittens.

The Bitty Kitty Brigade is working to bring the population back down through a program they call TNR -- or trap, neuter, and return.

After the cats are spayed or neutered, they bring them back to the same location where they were trapped. Any very young kittens are fostered until they are adopted.

"If we can show people how to TNR teach them about TNR and they get those two cats fixed, and everyone kind of pulls together, I honestly think we can put a dent in this," explained Chasity Sorenson

While some people might worry about cats living outside, Sorenson and Jacky Wilson say feral cats are not socialized cats and prefer to live outside.

"People got us into this and if people learn to TNR and to care for cats we can get ourselves out of it," added Jacky Wilson.

The Bitty Kitty Brigade does train people how to trap. You can visit their website if you would like to learn more.